Why Competition is Important
By Bork S. Nerdrum 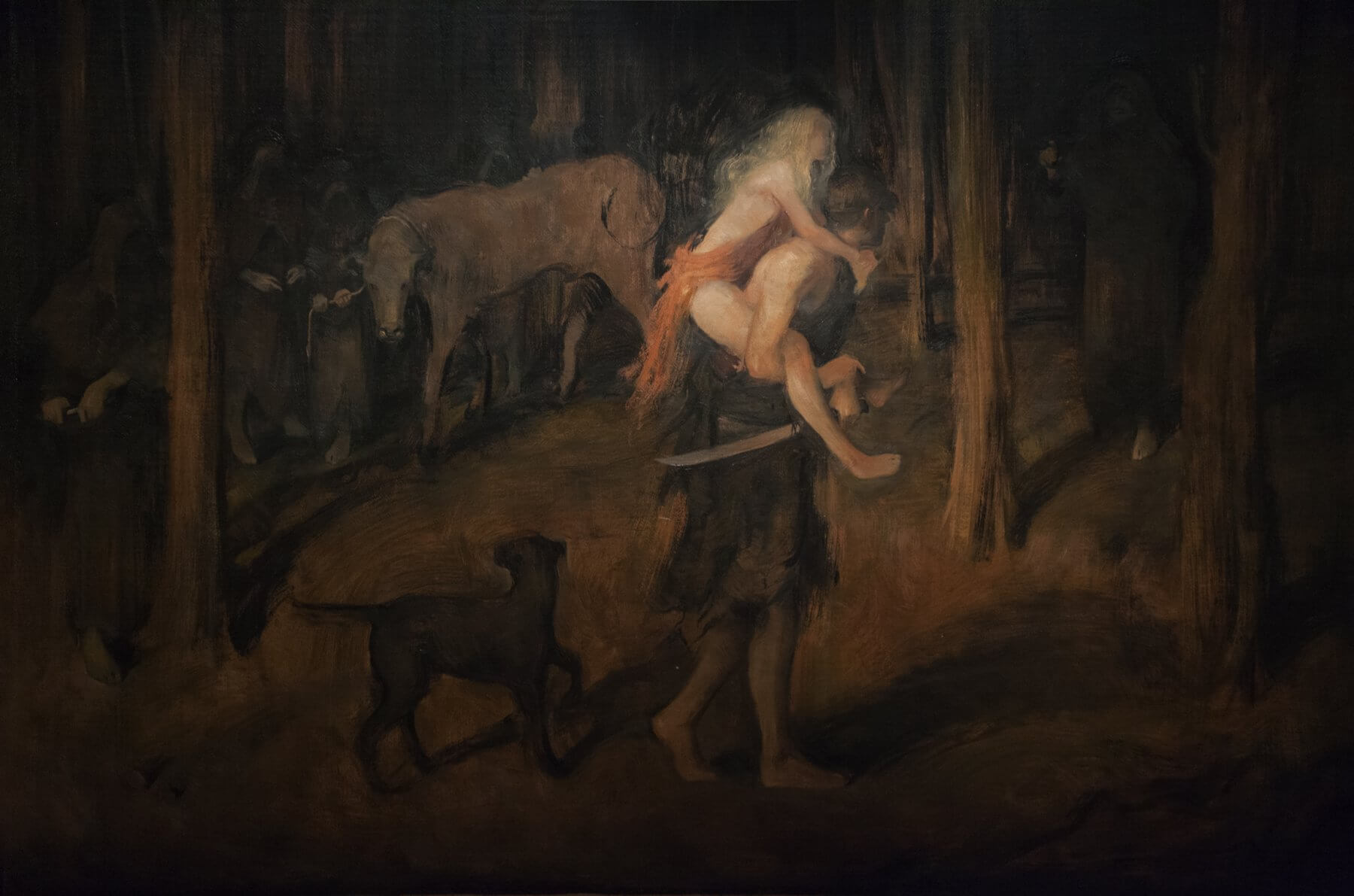 The story should be put together in such a way that even without seeing the play, a person hearing the series of events should feel dread and pity.

For the anniversary episode of the Cave of Apelles, host Jan-Ove Tuv invites the painter Sebastian Salvo back to the show to talk about composition, the early Renaissance and the importance of competition among painters.

The composition of a painting – that is, how to arrange the characters and objects in the motif – is a complex study. Jan Ove Tuv points to the studio’s centerpiece, which is one of Salvo’s sketches for a large-scale painting, asking him to describe how he goes about to make a composition:

– What do you study to learn composition?

Salvo reflects on what kind of thinking that is required for making compositions, and thinks it might have to do with the personality trait of wanting to have things in order. As a child, he spent a lot of time in his grandparents’ garden building labyrinths out of stones and mud.

– Then you start looking around trying to find patterns here and there, says Salvo.

As for the skill of making compositions, Salvo’s answer is clear:

– See a lot of the great masterpieces! 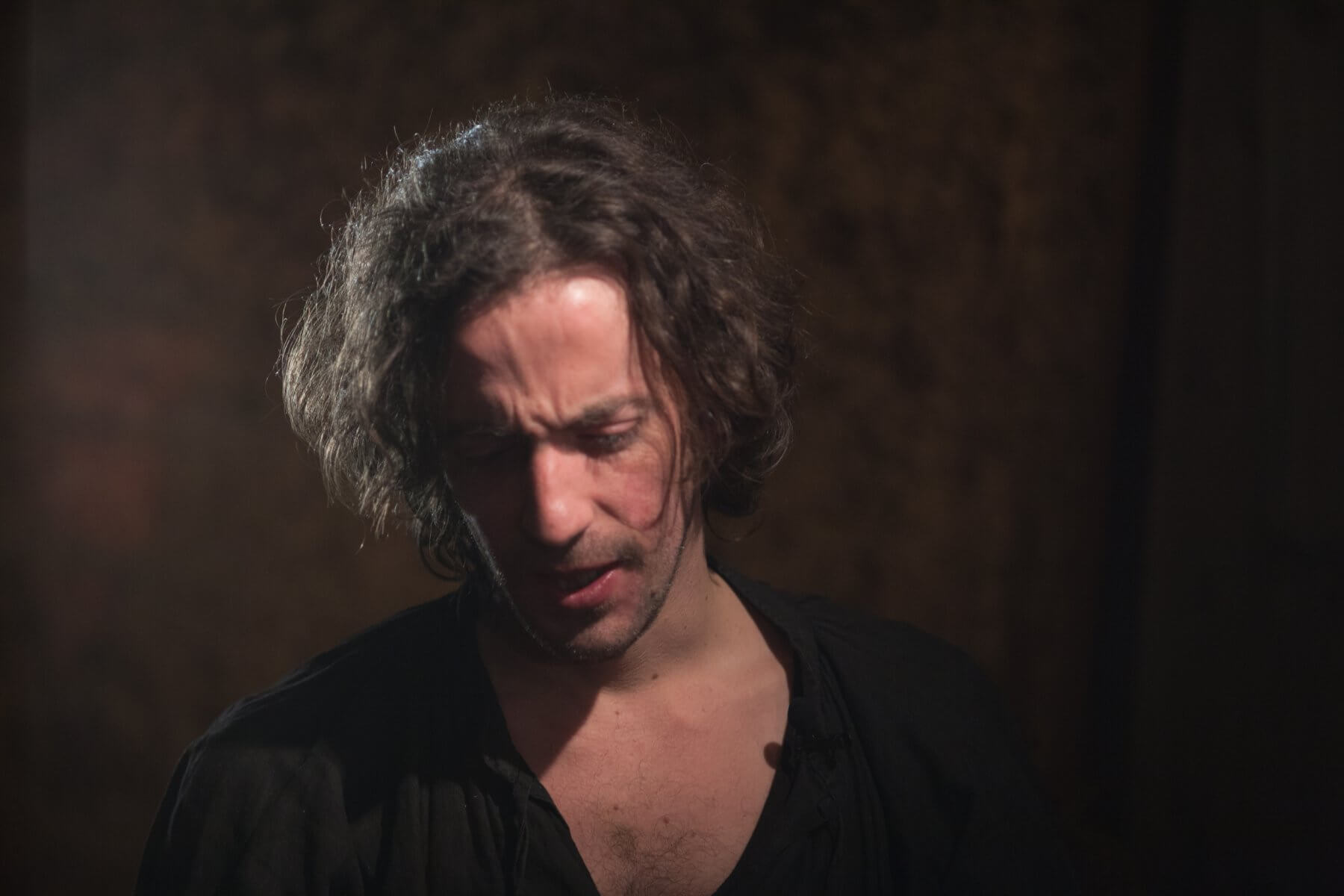 For Salvo, naturalism (the result of copying indiscriminately) is a problem, especially for representational painters.

– Why is that a problem? asks Tuv.

– Nature is not enough.

Salvo points to how the ancient Greek sculptors and Renaissance painters improve nature:

– You take out from nature and then you blend it into something; you’ve improved something from nature. […] You have to fix things, to translate things from nature into the canvas.

When explaining what is wrong with just copying the landscape, Salvo says:
– There’s no poetry in it.

– If you should write a novel, I think it would be much easier to understand that you cannot describe everything that’s going on, because then there’s no story, Tuv remarks.

– Yes, If you describe everything that is around […], you miss the point. I think a composition should work like that: everything condensed as much as possible. That you don’t get lost into these little details, says Salvo. 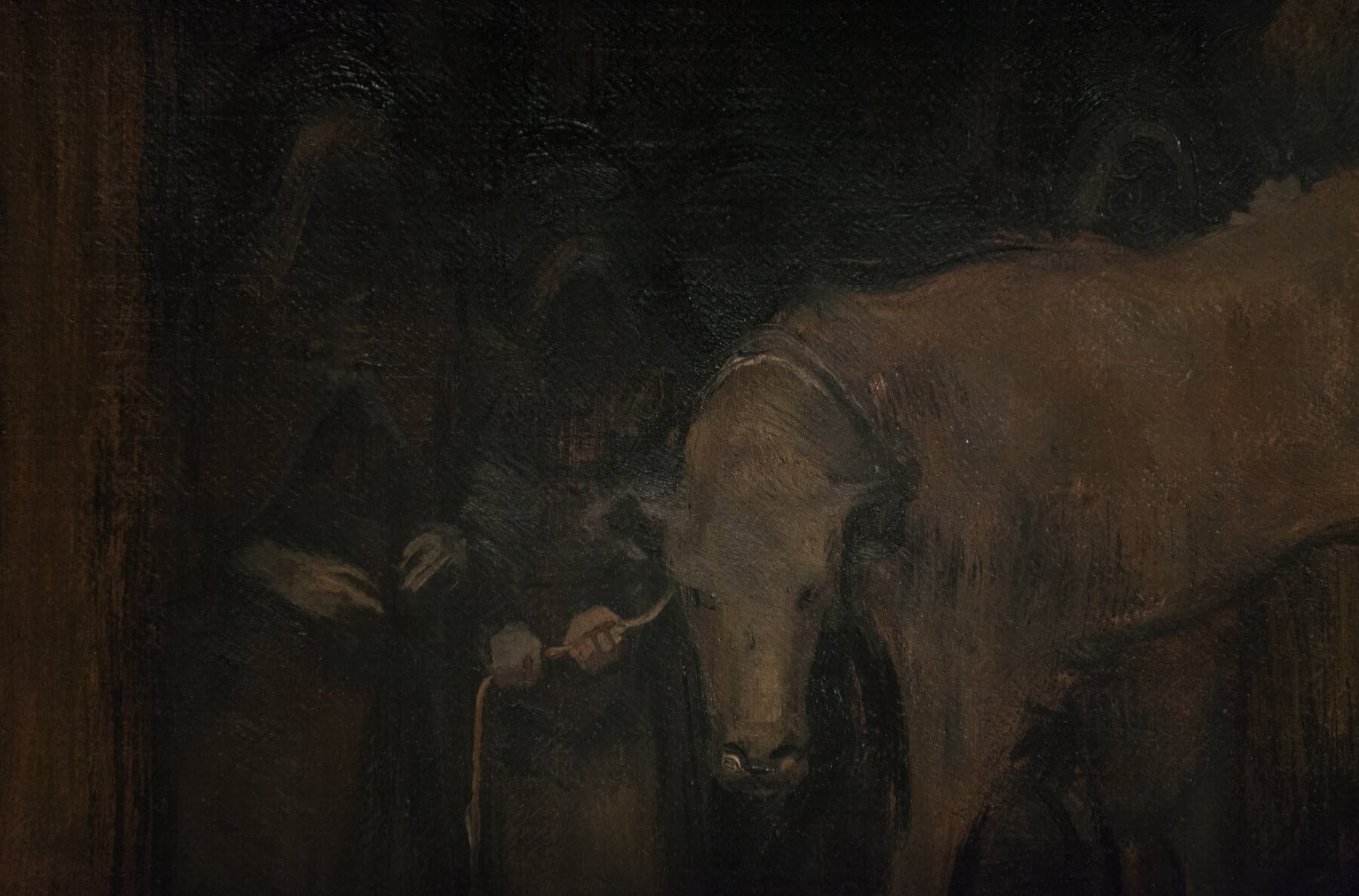 Detail from Sebastian Salvo’s study for “The Wrong Path”. Photo: Cave of Apelles

What stories are worth telling?

Continuing on the theme of storytelling, Tuv is curious about how Salvo goes forth when choosing stories: – How do you choose stories?

– All the stories that I think make a stamp, or a very heavy impression in your life. For example heartbreak, or being thrown out of a city, or leaving a country, or crossing a border, or being beaten, or fall in love. All these shocking moments, the moments that you remember, answers Salvo.

He continues by pointing out something he previously heard from the host Jan-Ove Tuv: “If you go through a shocking moment, there’s something archetypical in that situation.”

Previously: The Challenges for a Romantic Composer in a Field of Dogmatic Modernists

Tuv points to the centerpiece (Salvo’s sketch for a new painting), stating that it looks like a scene from a dream.

– There are never clear eyes in a dream. You never see someone directly into his or her eyes. It’s just a feeling that the eyes are there, says Salvo and continues:

– I think dreams take away all the unnecessary details, and what remains is what is important. So, they work in a way as mythical stories.

Salvo agrees: – I think of dreams as a source of making a subject or a painting, but they have to be translated. […] You have to translate that strange manuscript and turn it into a story, he says. 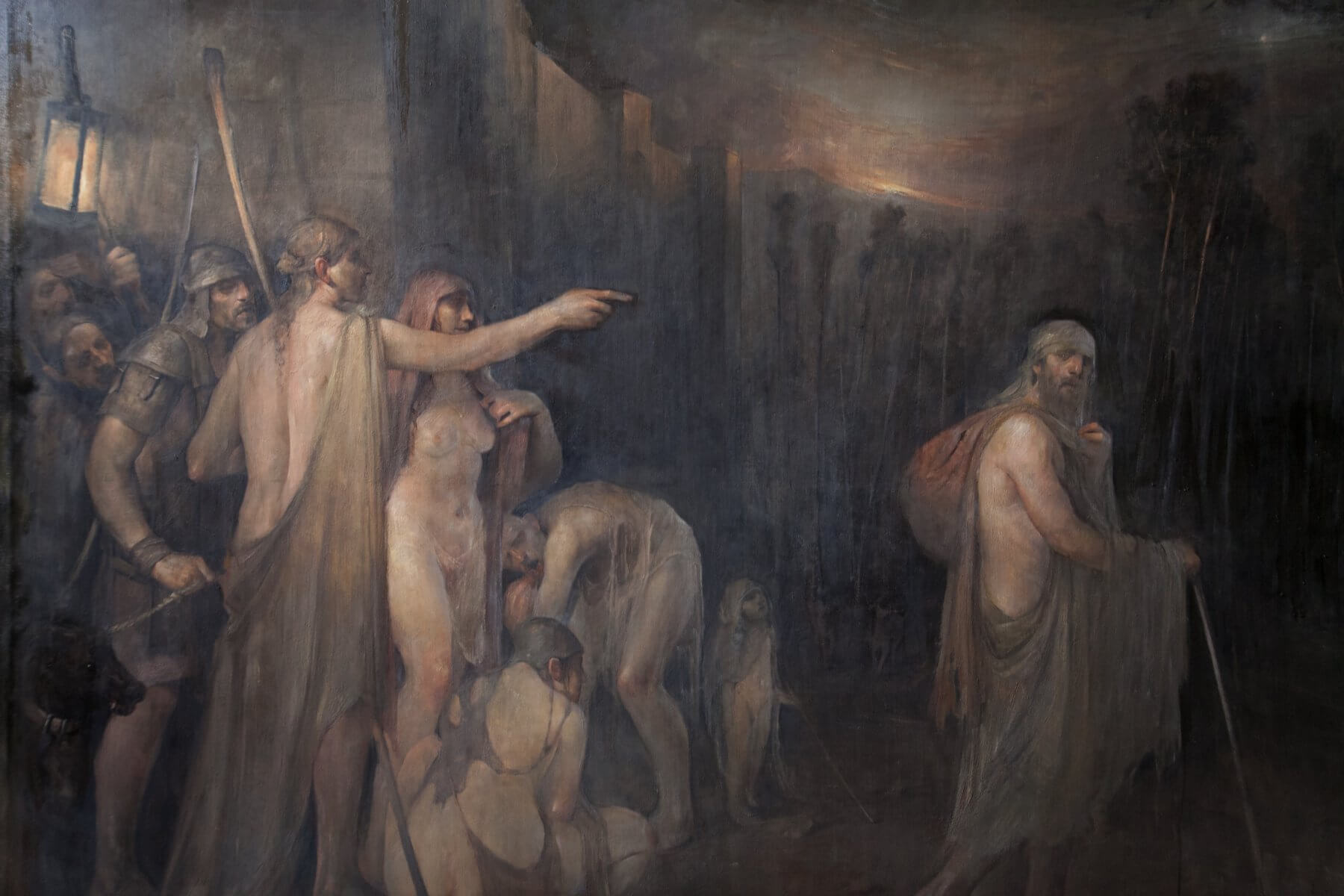 An cropped view of Sebastian Salvo’s “The Outcast” (in progress). Photo: Cave of Apelles 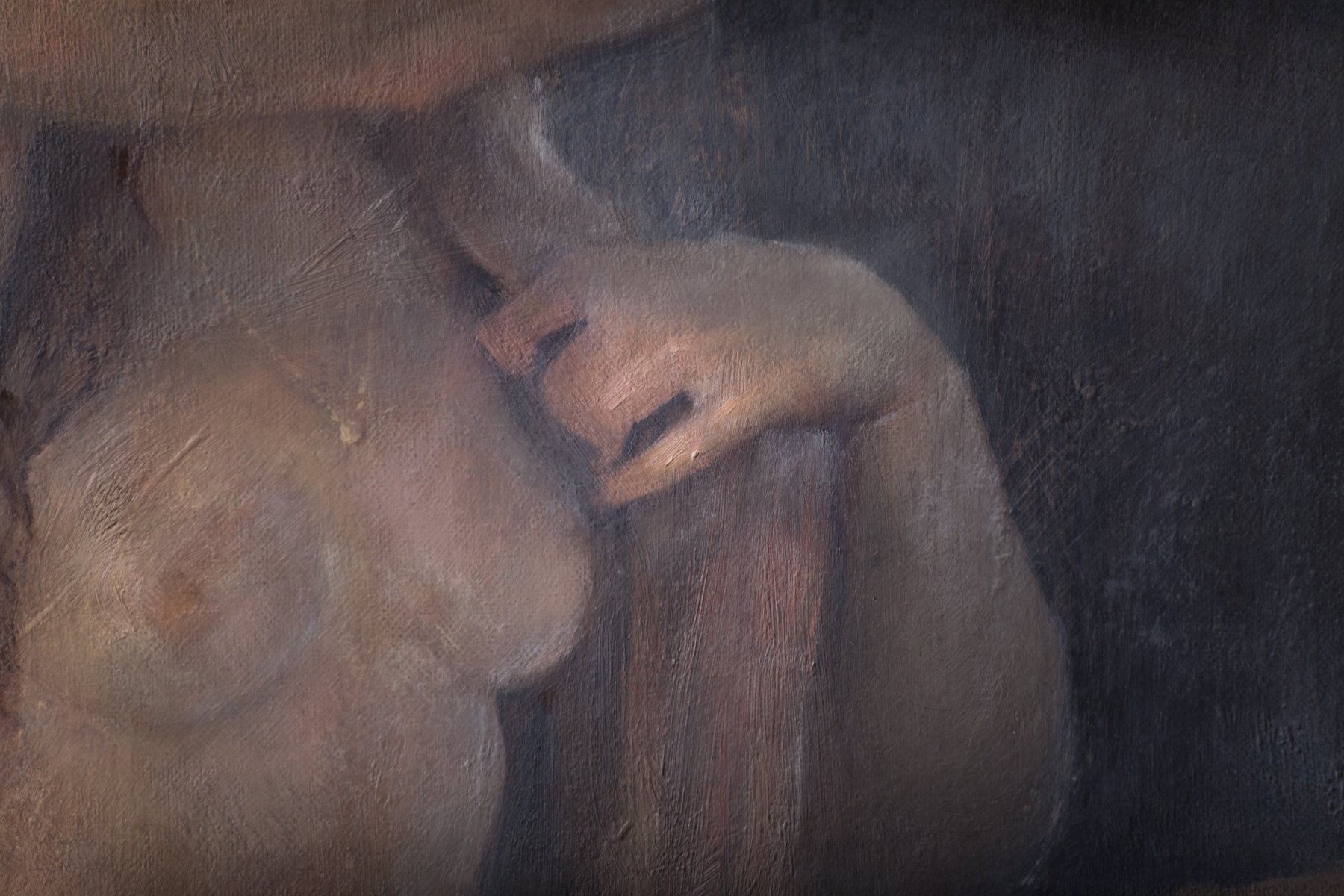 Questions from the audience

As The Cave of Apelles now has launched on Patreon, Jan Ove Tuv informs the viewers that they can support the show on four different levels: Titanium, Ochre, Vermillion and Mars Black. The top supporters can get their questions answered by the guests, and Tuv goes on to ask Salvo questions:

– What is your opinion on incorporating narratives with biblical or religious references in painting. Does this contradict the timeless quality, considering the fact that only people with a certain belief can/will be able to resonate with its message, or is this not a problem?

– I don’t think it’s a problem at all, but they should be brought, I think, into a context that makes it universal, says Salvo while pointing to the fact that many of the stories told in the Bible are also stories that have been taken from older stories or ancient stories, answers Salvo.

Tuv goes on to another of the questions from the audience:

In your opinion, what is the most common mistake you see today from classically trained painters?

– There’s a lack of trauma, emotion, psychological depth in the characters that are depicted, and the lack, also, of composition, in terms of the big scale. […] People are too obsessed with realistic things, that is should look realistic, answers Salvo and continues:

According to Renaissance painter and author Vasari, who wrote the massive work Lives of the Most Excellent Painters, Sculptors and Architects, Masaccio gave every master that came after him the clue to where to go. Salvo has studied Vasari’s work, and gives examples of what Vasari says that painters can learn from Masaccio:

– The color of the draperies should match with the color of the nude parts of the bodies in the painting, so that they don’t become detached from each other, but are blended into the same palette.

Salvo also points out how each character in Masaccio’s work have an expression, interacting with each other. Thus, Masaccio manages to portray human emotions: – Vasari was saying that this is what has not been here before.

Another painter that Vasari writes about, whose works painters today can learn from, is Michelangelo. Tuv quotes Vasari’s praise of Michelangelo:

“[Michelangelo] can be distinguished with ease by any man with fine perception because in figuring them, Michelangelo observed every rule of nature in the expression, in the attitude, and in every other natural circumstance.”

Tuv points out that expression — the psychology of the figure — is one of the aspects Vasari finds to be most valuable. Salvo elaborates: 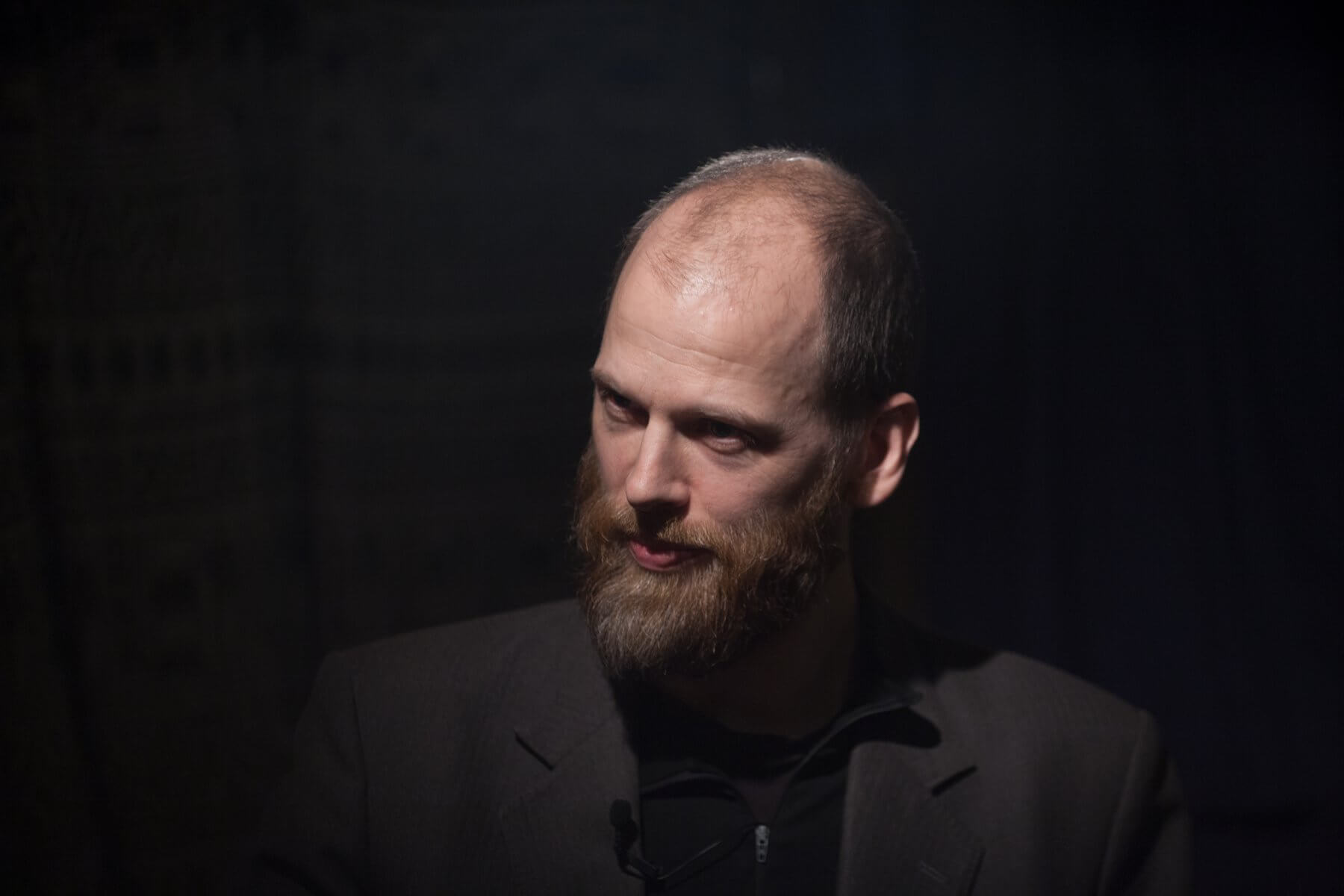 The Importance of Competition

– If you want to create a new renaissance, originality has to go away. So, what does Vasari say about originality? asks Tuv.

– What he emphasizes and what he gives a lot of place to in the book is about painters and disciples and pupils from masters being able to go so similar to their master that the public and the people could not make a difference between whether that was a painting of the master or the student, Salvo answers.

After mastering the imitation, Salvo remarks, he writes about how students are able to surpass their master:

– What is great is to imitate, to surpass, to compete, confirms Salvo.

– Basically, competition is what set off the whole renaissance, says Tuv before he recommends the book Renaissance Rivals by Rona Goffen — a book elaborating on the issue of competition.

– When you have an objective meter, where everyone can join and play by the same rules — in a way as a sport — and be able to have a rational field in which there are established rules in which you can compete, says Salvo. 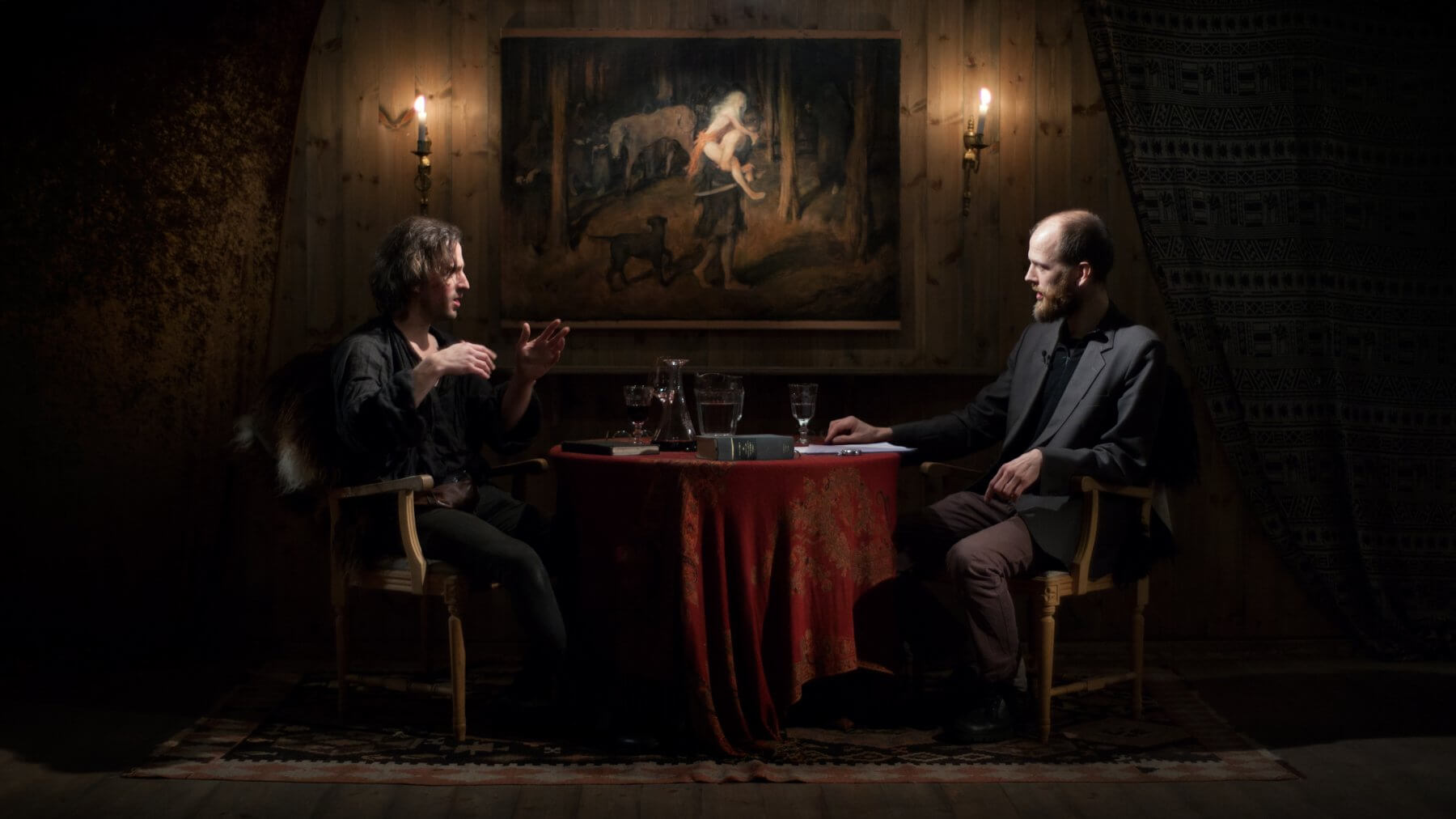 The conversation between Sebastian Salvo and Jan-Ove Tuv. Photo: Cave of Apelles

Salvo states that the environment in which we are living today makes it difficult for a talent:

– Taking away competition is leaving so many talents out from the conversation.

As a final thought-provoking point of conversation, Tuv points out that Vasari wrote about how imitation comes naturally to humans, and that humans have been imitating, even before The Great Flood.

Salvo remarks that between the Renaissance and now, if one digs a little bit, one will always find a Renaissance master here and there. For instance a Swede from the 1800s. One painting could be like a Tizian, while all others are bad, modernist paintings or bad copies.

– They are like signs saying “Yes, it is still here. Yes, it is natural”, says Salvo, before ending:

– They have always been there, and they will always be there. Circumstances change, things get a little bit messy, but it’s there all the time. Circular — it doesn’t end.