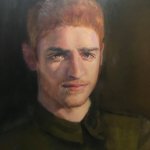 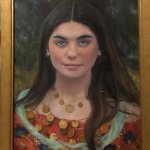 Latest from Cave of Apelles

The Early Years of Odd Nerdrum

Around the time Edvard Munch died in his home at Ekely in the winter of 1944 — Edith Marie Nerdrum was interrogated by Gestapo due to her husband's involvement in the Norwegian Resistance Movement. Eventually, she managed to smuggle herself out of the country in a tank truck and gave birth to Odd ...

Kitsch and the Self: The Virtues of a Limited Voice

There is a general impression that self-expression is liberating. However, the culture’s obsession with the self and the requirement of personal expression can in fact be limiting and pressuring as well. Students at art academies – that is, classical academies – are concerned ...

Overcoming the Germanification of Europe

A student of mine met an old art collector at an art fair. They exchanged a few words and the collector agreed to visit the young man's studio. The old collector struggled up all the stairs to the young painter’s loft  studio, but was at last at the doorstep.

Rembrandt van Rijn is known for many things. In popular culture, his painting The Night Watch. Among painters, his depiction of Light against darkness. And finally, among art-historians he is known for the refusal of adapting to technical rules — especially in his late days. For art hist...