The Philosophy of Kitsch
Six ascpects of the concept 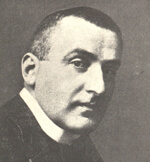 Kitsch is the contemporary form of the Gothic, Rococo, Baroque.[1]

A maker of kitsch operates not in accordance with the whims of his time, but looks to cultures and canonized beauties of the past. Like a Renaissance painter or a Hellenistic sculptor, he works in a mythological landscape and develops archetypal images. 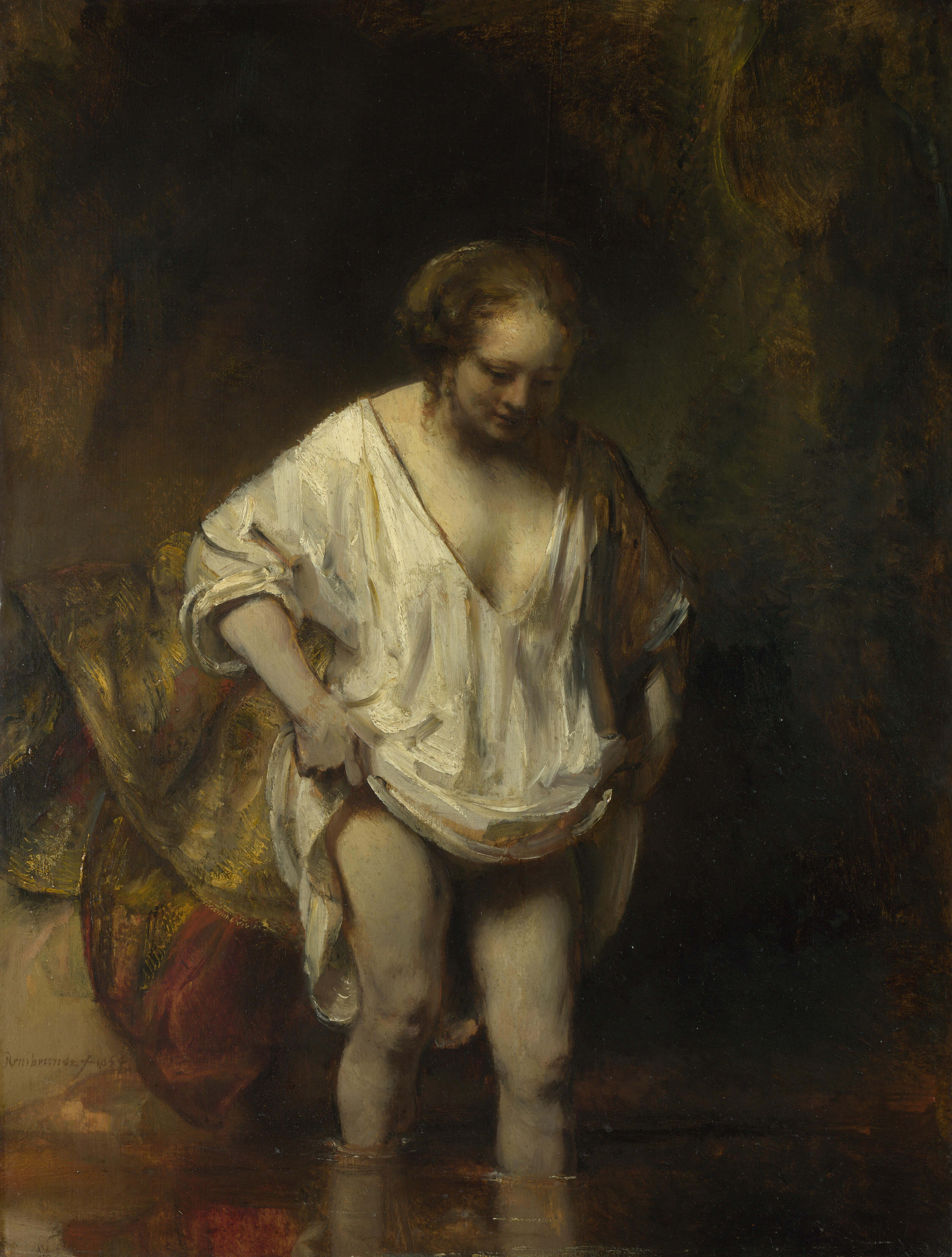 Rembrandt: A Woman Bathing in the Stream

A real Rembrandt hung in a millionaire’s home elevator would undoubtedly make for kitsch.[2]

If Rembrandt had lived and worked in the 21st century, his work would be designated as kitsch. The same would be the case of any classical figurative and sentimental painter prior to the polarization between Art and Kitsch in the 19th century.

That explains why Andrew Wyeth was nicknamed the “greatest living kitsch-meister” by a former painting curator at the MoMA.[3]

Since its nature is deeply antagonistic towards the present, as Theodor Adorno suggests,[4] kitsch will always be in conflict with the government.
Time is incidental and no excuse. Comparing human creations across time is the only way to understand quality. 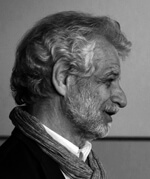 Kitsch and myth are both historical attempts to live outside history.[5]


Imitation
and lack of originality

By a Renaissance definition, imitation is an act of representing an object as it would have been in order to be of complete perfection.[6] Thus kitsch is not a dictation, but a study of nature.

You must neither completely nor partially copy the works of others. If so, you will be producing kitsch.[7] 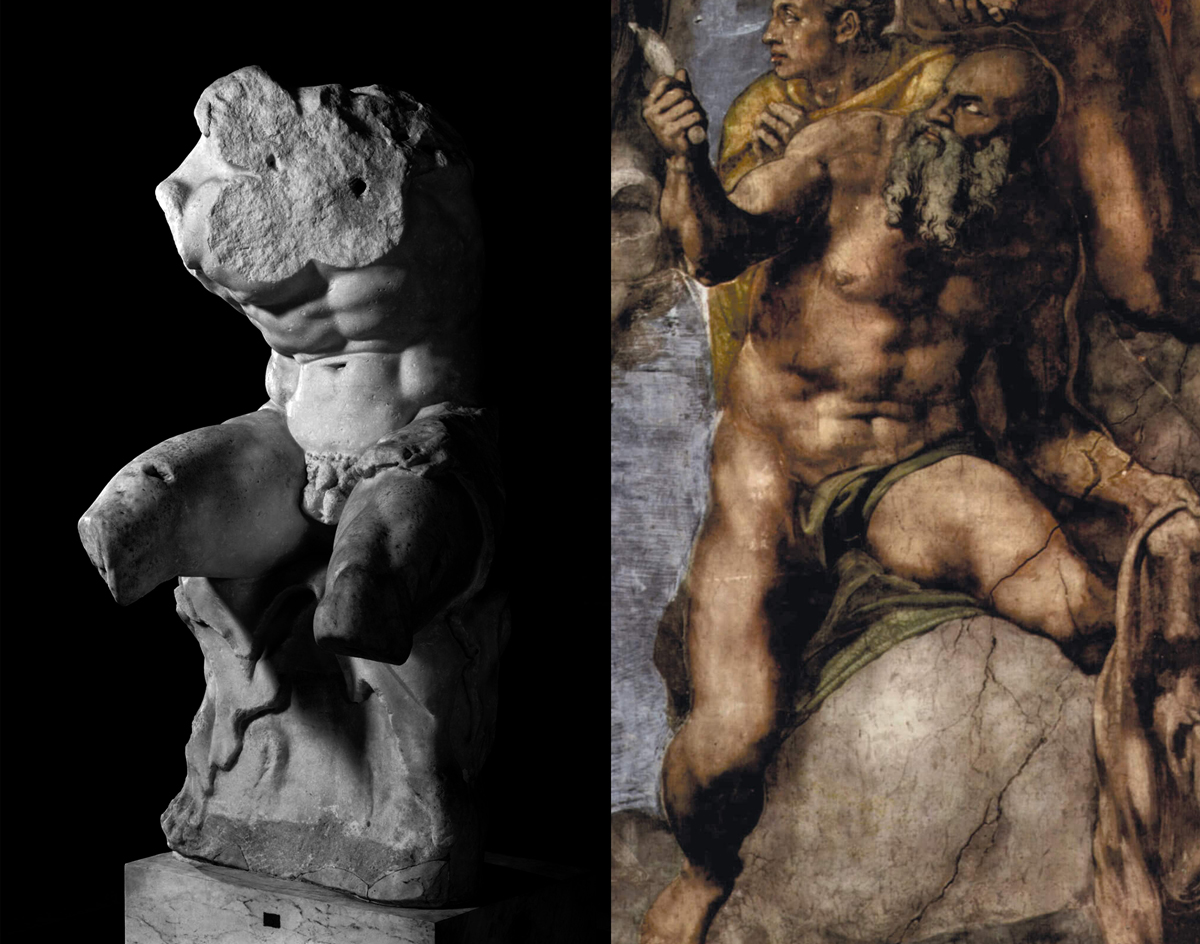 ILLUS. Left: The Belvedere Torso (1st century BC). Rediscovered in the 15ht century. Right: Detail from The Last Judgment by Michelangelo (1535-41).

A creator of kitsch imitates, not only nature, but also the excellence implied in the handcraft of his predecessors. This is what Clement Greenberg described as sucking the lifeblood of past cultures.[8]

The old masters imitated each other as well, as seen in the above example. Another imitator is Rembrandt, who seems to have copied Titian's late painting method, della macchia,[9] a technique which Titian might have taken from Massacio or Apelles.

Kitsch lavishly relishes imitation. Art separates itself from nature as absolutely as possible.[10]

- Richard Leppert, professor at the University of Minnesota

Because a kitsch-maker is concerned with imitation and storytelling, it naturally follows that his goal is to achieve an impersonal work. The philosopher, Carl Korsnes, examines this aspect further in his essay "The Virtues of a Limited Voice":

In kitsch, the human body must always be recognizable and rendered as sensual as possible. There are no "deeper meanings" in a work of kitsch. Everything can be seen on the surface.

The objects or themes depicted by kitsch are instantly and effortlessly identifiable.[11] 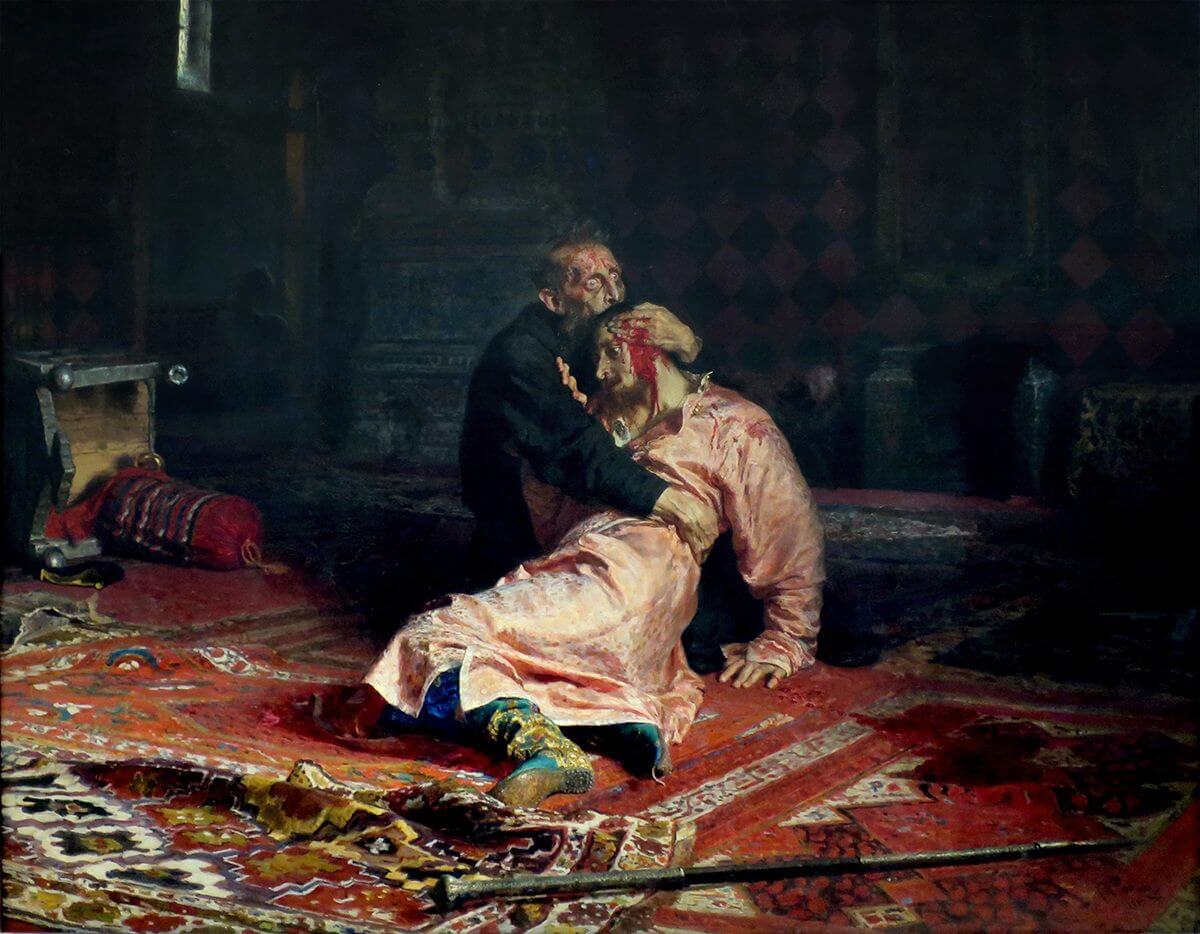 Ilya Repin: Ivan the Terrible and his Son Ivan on November 16, 1581. Sentimental and effortlessly identifiable.

Kulka's claim is supported by Clement Greenberg, who criticizes Repin of predigesting art for the viewer, and thereby providing a “short cut” to pleasure, which inevitably will result in kitsch.[12]

Greenberg adds to the argument by giving the example of the peasant, who has no time or possibility to “condition” himself into liking Picasso. The peasant will in the end go back to kitsch, for he can “enjoy kitsch without effort.”[13]

Kitsch is art that follows established rules in a time when all rules in art are put into question by each artist.[14]

The fact that the motif must be easily recognizable, makes skillfulness the most important qualification in kitsch. Since the goal is the immortal masterwork, a sketch is not enough.

Hollywood, in opposition to Art film, produces movies of structure and plot used as far back as antiquity, and they do this because these methods work and have been handed down to generations by Aristotle, the father of cinema script writing.[15]

Prof. R. C. Solomon, author of "In Defense of Sentimentality", describes kitsch as "technical virtuosity” and "explicit knowledge of the tradition.”[16]


Pathos
and lack of irony

Kitsch does not represent the dichotomy of abstract versus representational painting, but rather that of the indifferent versus the passionate expression. This is why Andrew Wyeth's work is kitsch, but Lucian Freud's is not. 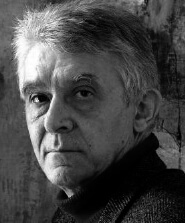 Kitsch is totally incompatible with even the mildest form of questioning; that is, with irony. Kitsch always means what it says, and says it literally. There are no two ways of reading kitsch. (Once kitsch is interpreted ironically, or as a parody, it ceases to be kitsch.)[17]

Kitsch must not be confused with Camp, which is ironic. Most kitsch critics agree that camp has no place in kitsch.
On the contrary, kitsch can trigger an unreflective emotional response[18] and produce tears like an onion[19].

The inevitable conclusion is that kitsch is concerned with beauty, but not in the modern sense of the word. If kitsch is “effortlessly identifiable,” the beauty in question is necessarily superficial, and cannot contain any deeper, hidden meaning.
The problem is not the aesthetic, as Broch argued, but the ethic of kitsch,[21] since its goal is to deceive the viewer or tempt the “naive seeker of true light.”[22]


By now you should have a clear concept of the term kitsch, so let us take a proper look at the philosophers that culturally have shaped the world since the dawn of Western Civilization.