Learning How to Paint from Taoism
By World Wide Kitsch 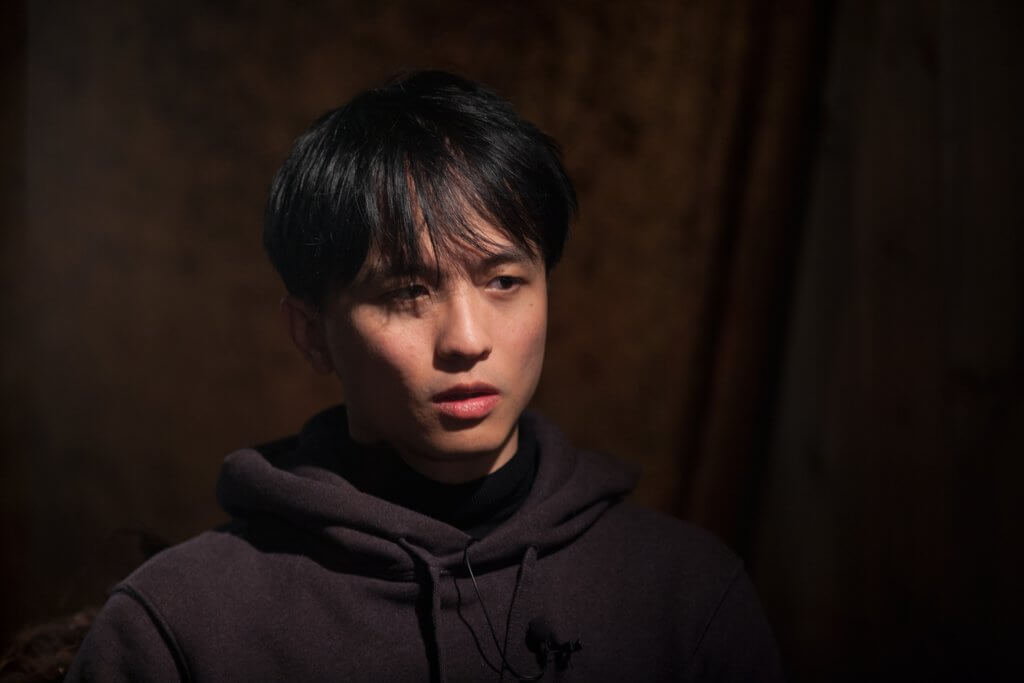 Don’t we all have an itch for kitsch?

Many are taught to regard Chinese and Western aesthetics as distinct categories. There are, however, objective rules that applies across time and culture. Through studying the ancient Chinese philosophy of Taoism, one is taught to follow eternal principles by following nature law.

Cheng Wu is a Chinese classical painter. Technically, he is strongly influenced by the smooth painting style of Eugène Carrière. Philosophically, he follows the Taoist mindset.

In this month’s Cave of Apelles, Wu shares his experiences from being a classical figurative painter in China today, unearthing similarities and differences between Chinese and Western classical painting, as well as how painters of today can study Taoism in order to learn how to paint.

Cheng Wu tells about his high school education, where they were taught classical painting. Their role model was the Russian painter Ilya Repin.

– We have great respect for the figurative painters in China today, says Cheng Wu.

Working as a painter in the West, which is infiltrated by Modernism, Jan-Ove Tuv is amazed when he hears how great opportunities there are for figurative painters in China.

– They have big communities for painters. For example, there is one good painter called Yang Feiyun. He is a big figure in China and he has built a very big community in Beijing, says Cheng Wu.

Tuv listens to Wu with curious attention when he hears that the teachers at these communities for classical figurative painters get a studio, housing, and are well paid.

– Can you make money as a figurative painter in China today, Tuv asks.

Previously: The Journey of the Prodigy Kitsch-painter William Heimdal

According to Cheng Wu, the greatest period of Chinese painting is around 1000 AD, during the Song dynasty. He points to the Chinese painter Li Cheng, considered one of the best painters in history.

– At that time, painters were mostly influenced by the idea of Tao, Cheng Wu states.

Looking at the Li Cheng painting, Jan-Ove Tuv sees strong similarities between the ancient Chinese painting and what you can find in classical Western paintings, such as works by Leonardo da Vinci and Lars Hertervig.

– If you try to be better and better, then you climb up to the peak. All the masters will meet there. There’s only one highest peak in the world, says Cheng Wu.

– Their works look similar, when comparing the masters that have made it to the highest level, remarks Tuv.

– And they have the same view, adds Wu. 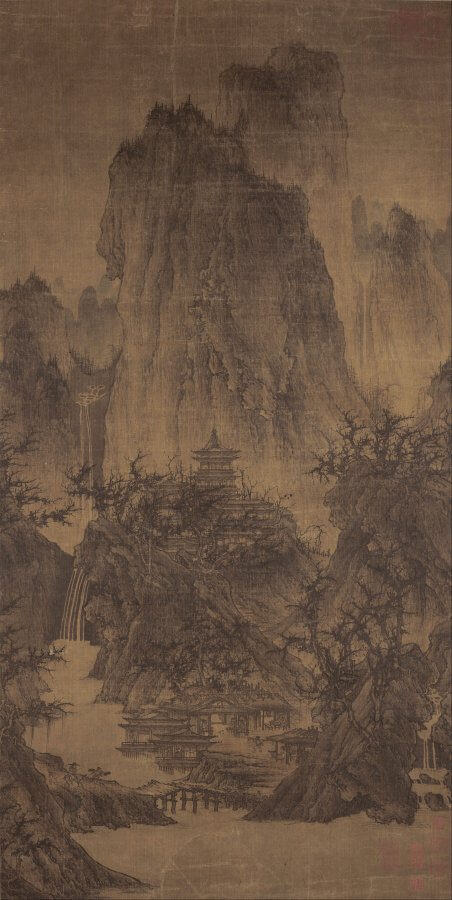 He says that the painters in 15th century China started making large brush strokes to express their feelings.

This was, according to Cheng Wu, the worst time for China, as the opium wars wrecked the country.

According to Cheng Wu, the golden age of Chinese painting is characterized by a Taoist mindset.

Taoism is a way of life, according to Cheng Wu. Its origin dates back to around 500 BC. The first Taoists had no faith in society, and believed one should not follow desires because it will always drive you to some chaotic situation.

Jan-Ove Tuv remarks that to Western ears this might sound like a totalitarian doctrine stating “Deny the things you really want”.

According to Cheng Wu, however, Taoism is about not being cheated by one’s surroundings.

– My impression is that, in the general language, when people talk about “my feelings,” their gut feeling is more or less always an exact copy of what one thinks today. What one feels today. And is this why you should leave your desires? Because they are not your desires? If you’re thinking contemporary, then you’re just following what everybody else is doing, says Tuv. 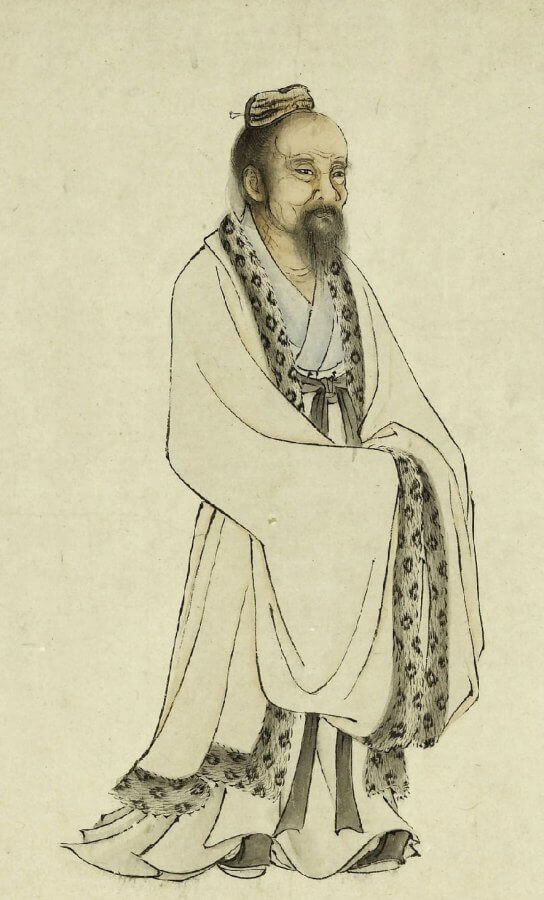 Cheng Wu agrees, and points to the wisdom of the Taoist philosopher Chuang Tzu:

– You should reach timelessness. And by following the nature law, that’s how you do it, states Cheng Wu.

Wu wei has been translated to “inaction”. After hearing Cheng Wu’s thoughts about Taoist philosophy, Jan-Ove Tuv thinks that translation sounds too passive. He points to the alternative translation: “effortless action”.

– Yes, answers Cheng Wu and tells a story that illustrates the concept of Wu Wei:

– There is a story about a butcher. He’s so good at it; when he slaughters a cow, he doesn’t have to sharpen his blade. He just can do it effortlessly because he knows so much about the cow, about the joints, about when to use his powers. It looks so easy to him, because he learned from nature. […] That’s what he was talking about. Wu Wei: Do not focus on your knife, do not focus on what you’re doing. Just try to make yourself smarter, then everything will go through very naturally.

Jan-Ove Tuv follows up with the questions: – How can you translate this to painting? Shouldn’t you strive to learn? If you don’t get a portrait working, shouldn’t you really try to strive through it?

– You have talked about my painting, the portrait of Andreas. I have painted so many details without destroying the whole. I think that is something I have learned from Taoism. Because sometimes you need to step back, Cheng Wu answers.

– It is not about giving up?, Jan-Ove Tuv asks.

– No. You need to step back, and maybe give yourself a minute. You should look at it and find a solution by learning from nature. By observation. Chuang Tzu is teaching you how to paint, remarks Cheng Wu.

What, then, about Li Cheng’s manipulation of perspective, Jan-Ove Tuv wonders and asks: How could Taoist study of nature lead to manipulating nature?

– Because when he studies nature, he becomes the master of it. Then, he can use it effortlessly, answers Cheng Wu. 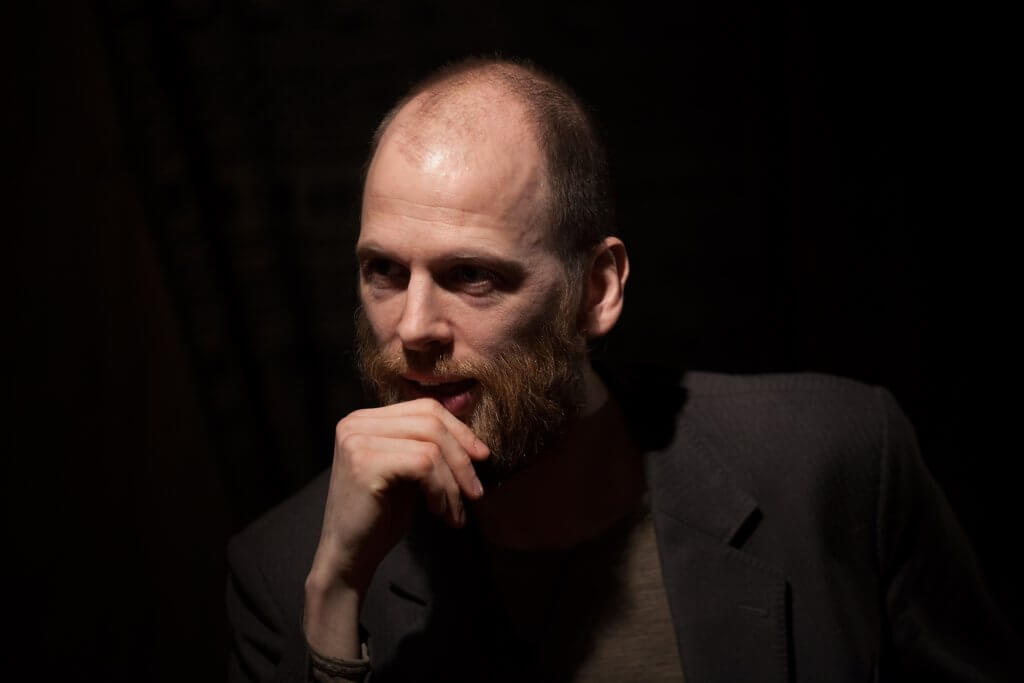 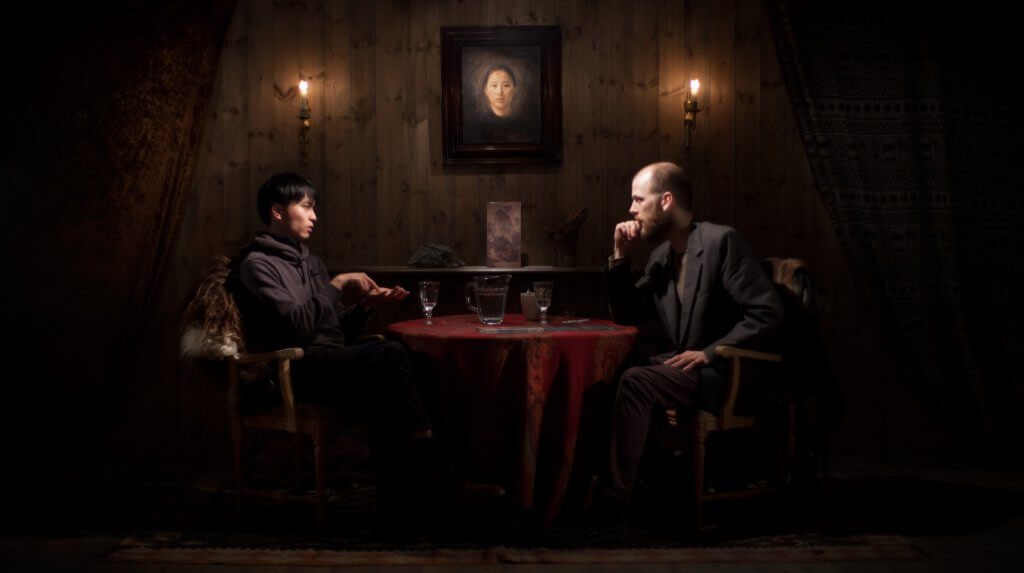 Jan-Ove Tuv points to the work of Li Cheng, and remarks that the student Fan Kuan has made similarly amazing works as well, using many of the same techniques. – What about the master – student relationship, then, if one is supposed to learn from nature?

Jan-Ove Tuv mentions some comments about Taoism, suggesting that it is all about the cliché of “following one’s own voice”. Cheng Wu doesn’t find that interpretation satisfying:

– [Chuang Tzu] was suggesting people to find nature law. And that’s the law that has had everything built. […] During the study, beginners don’t have the connection with nature. Maybe they couldn’t find the one. So, they need the master to help them to get there. […] If you tried doing it for yourself, it could be a mess.

– So, a certain guidance is OK, Jan-Ove Tuv asks.

– You should not only learn from the master in a very superficial way. You should see how the master pursues the nature, says Cheng Wu.

– Right, and at a certain point you’re able to find out how nature works by yourself. Because you have the tools to look for it, Jan-Ove Tuv clarifies.

Melancholy as the Destination

The conversation between Cheng Wu and Jan-Ove Tuv concludes with thoughts on why it is so that painters who study nature thoroughly seem to end up with melancholic paintings.

– It seems like melancholy is the destination when they all follow the nature law. I’m sure Li Cheng didn’t do it on purpose to make the painting melancholic, but the result is melancholy, Cheng Wu says and shares a personal story:

– I was told several times that my portraits were melancholic, very sad. To be honest, I didn’t mean to do it in that way. I was just being conscious, just being logical, trying to be better. 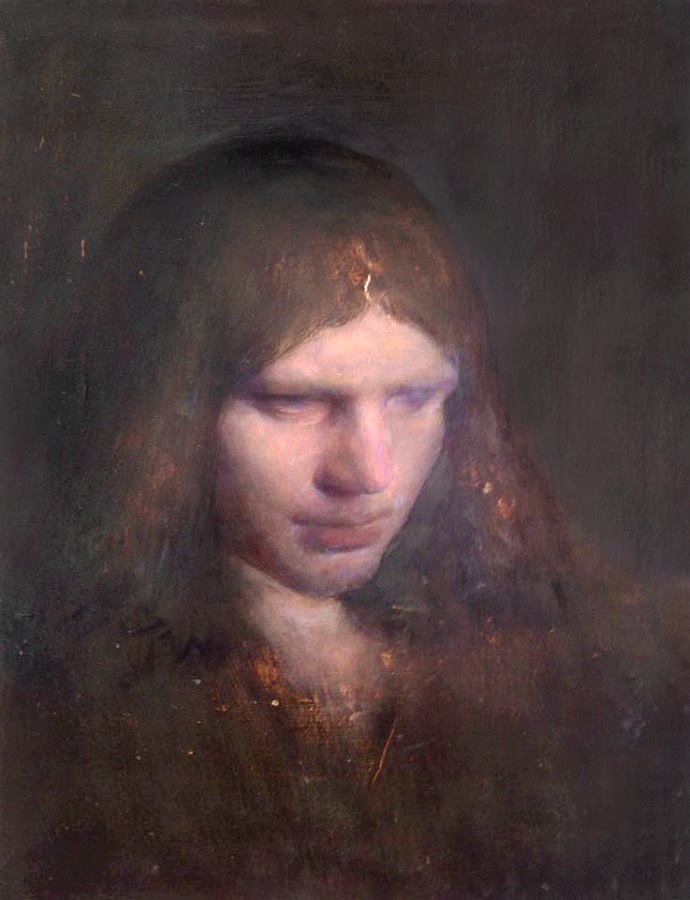 Untitled portrait by Cheng Wu that was stolen during his trip to Norway to conduct the Cave of Apelles interview.

– Very interesting. When you study nature thoroughly, you get to melancholy, says Jan-Ove Tuv.

– If you want to educate your son, you don’t go to a bookstore and buy a book that tells you how to educate children. You just have to be a good father, a good person. […] I think your son will naturally imitate you. That’s how nature is, says Cheng Wu.

– You should always try to look for the things that are timeless. […] If you listen to society, they’re always trying to tell you what to do. They have rules, boundaries, limitations. And if you listen to them, I think that’s a waste of life. We are supposed to pursue something more valuable, Cheng Wu concludes.