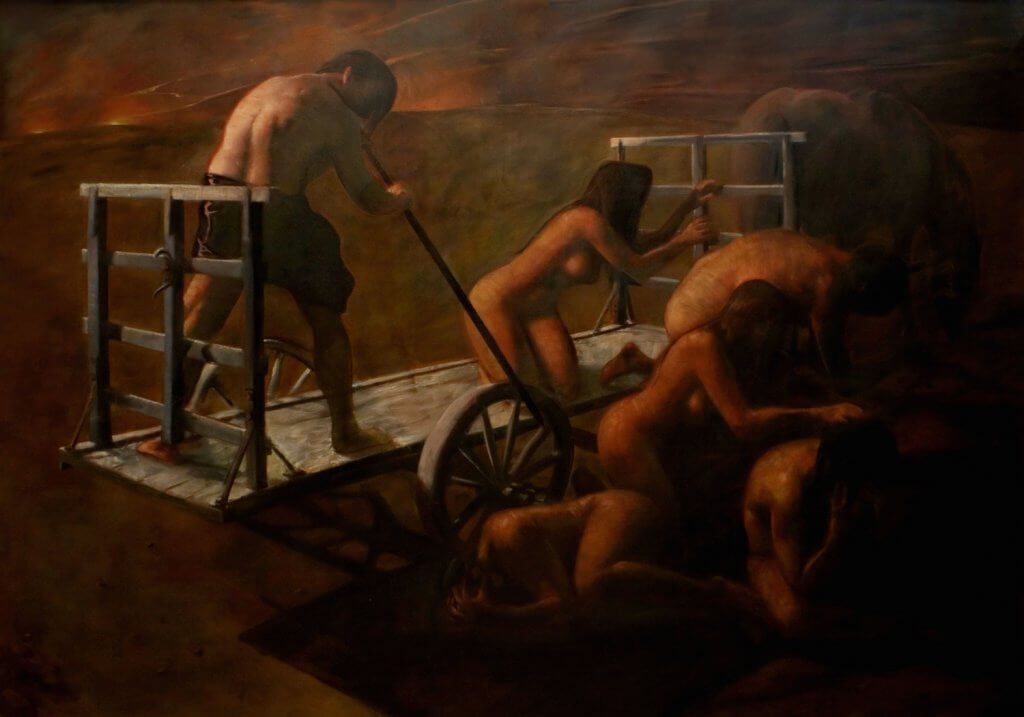 Did Wagner really accomplish the first step towards the kitschy ‘fetishization’ of music that reaches its apogee in classical Hollywood?

Robert Dale Williams is an American classical painter. He often depicts his figures in an inescapable barren landscape where tyranny rules and men are fighting for their own survival.
Williams has studied with Odd Nerdrum and is a graduate of the New York Academy of Art, but it was an advertisement published in Art News by Nerdrum and Jan-Ove Tuv in 1998 that introduced him to kitsch.

There’s a sort of liberation when you can finally embrace the sentimental without shame.

What is it with Kitsch that caught your interest?

RDW: All my life, I’ve been a sensitive person, and my sensitivity to personal life events, and the world as I saw it, drove me paint. Influences from my childhood, such as popular music and films, inspired me to draw and to illustrate my own stories – but I got to a point where I couldn’t make the drawings as serious – as big, dramatic, or epic – as I felt they needed to be. That got me looking to the Old Masters, particularly Michelangelo and Rembrandt, at first. Then, I discovered Odd’s paintings while I was an undergraduate painting student. I started trying to make pictures with the kind of dark, epic and heavy themes I envisioned, but they were terrible failures. I enrolled in the New York Academy of Art in an effort to develop the skills to make the pictures I had imagined, and the Academy delivered in its education. Even at the Academy, I was aware of Jan-Ove Tuv’s and Odd’s thoughts on kitsch. I had a copy of “On Kitsch” with me in New York. When I was invited to study with Odd, I already had a sense that I was going to be among the kind of painters I agreed with. 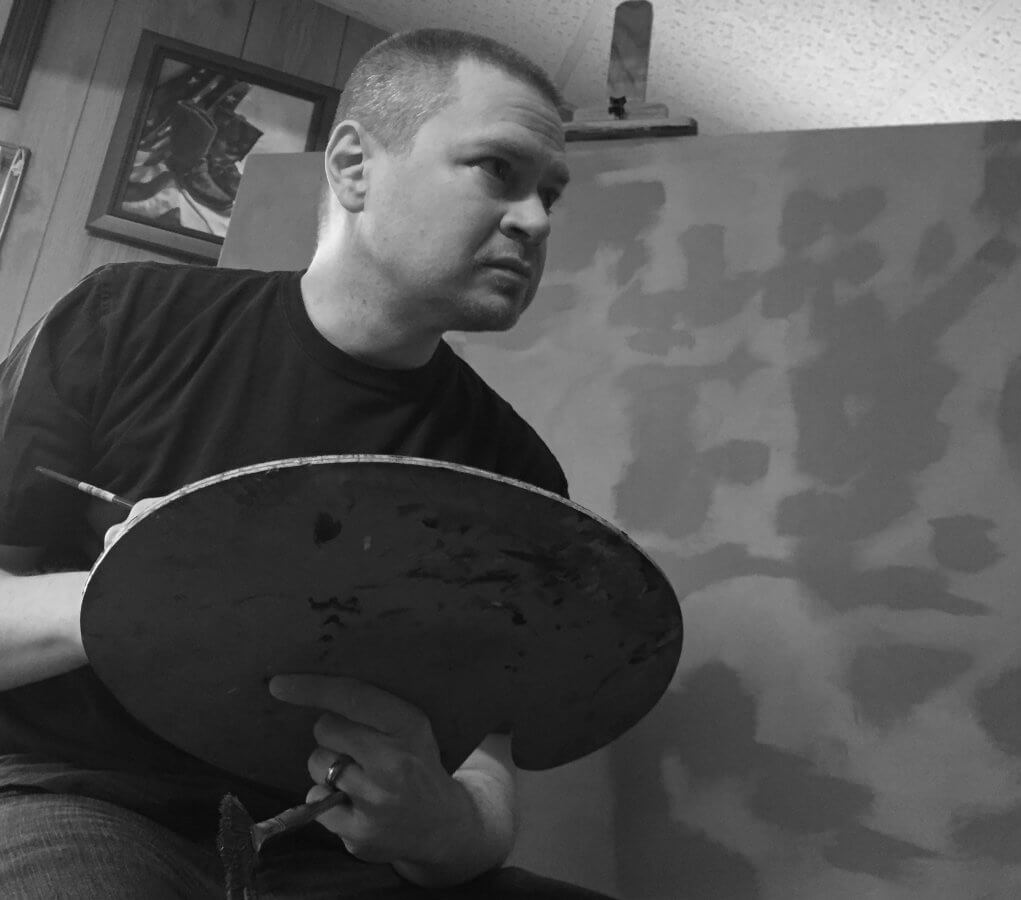 Robert Dale Williams is working on a painting 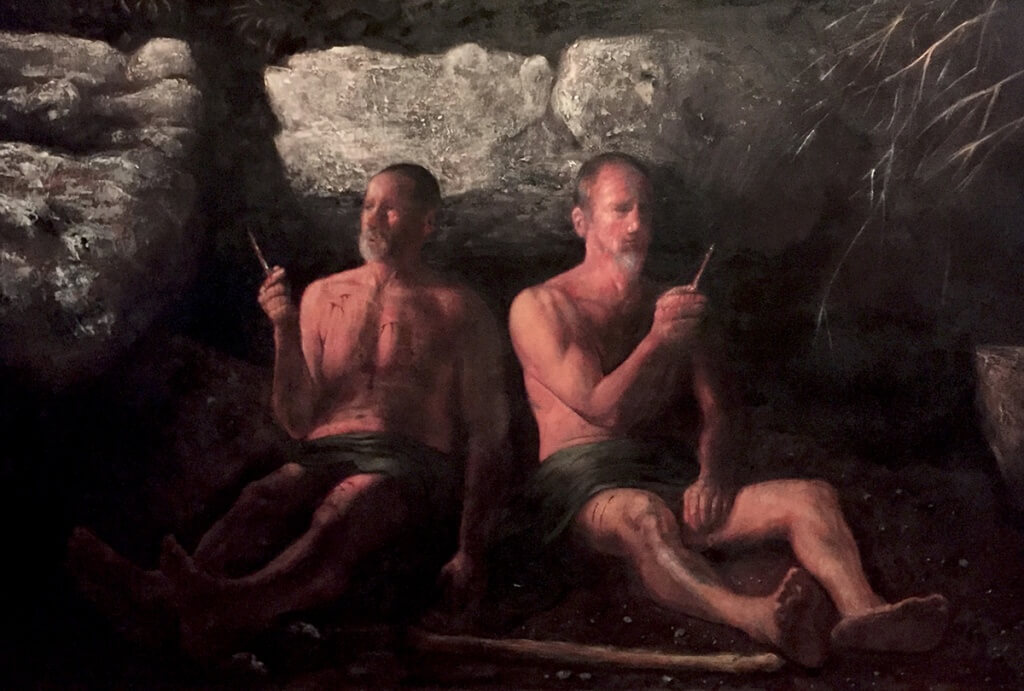 What is the subject of an early modernist painting? “It’s the 20th Century, and things have changed!”

Did the philosophy you found in “On Kitsch” by Nerdrum improve your work?

RDW: There’s a sort of liberation, having experienced the kind of cutting critical judgment that’s become institutionalized in formal art education, when you can finally embrace the sentimental without shame. Kitsch people are good people. They mean it. The philosophy informs how painters think about the humanity in their work. And we need more of it, especially in the world as it is today. I don’t think humanity can afford much more disconnect from universal human dignity. Yes, I believe beautiful paintings – with human dignity at their core – can improve painting as a practice. 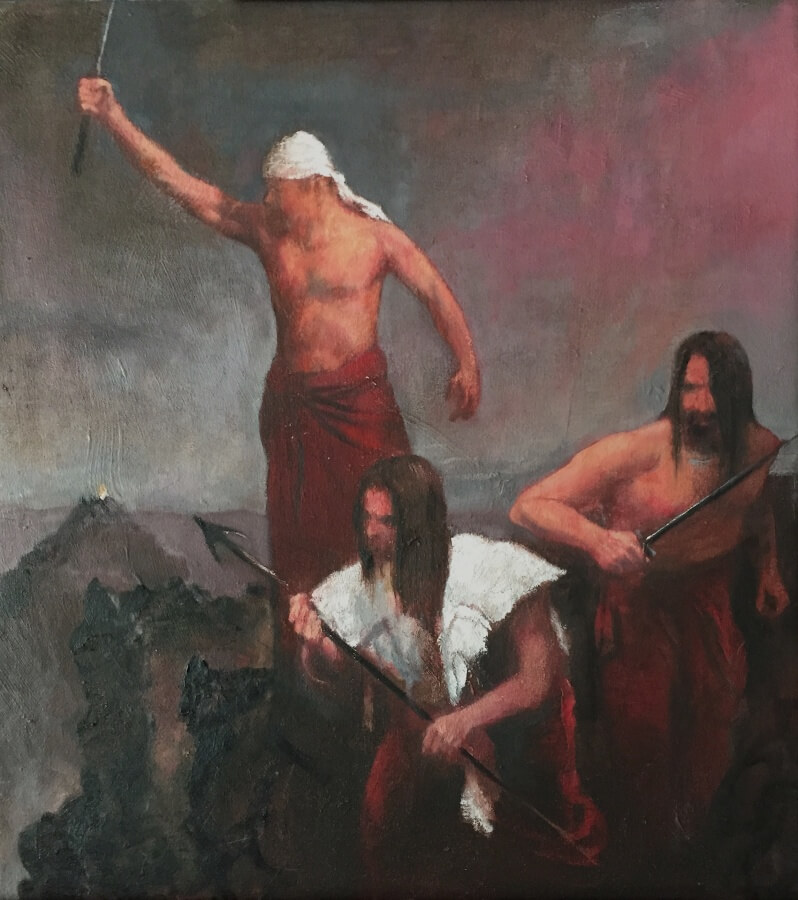 Why do we need to redefine terms and expressions – Why not just leave it as “art” and make great paintings?

RDW: “Art” and whatever inspires “great paintings” – are not the same thing. There’s a question I frequently run through my head when I look at paintings, old or new; What’s the subject of this picture?  To be sure, at times, the painter convinces me – the subject is “Christian”.
Or, it is “motherhood”. Then, sometimes, the answer is “I am talented!” Sometimes, it is “I want you to believe in this the same way that I
do”, “I love to paint outdoors”, “I’m a student and I’m lost with this figure”, or even “I’m making an inventory of things to sell.”

What is the subject of an early modernist painting? “It’s the 20th Century, and things have changed!” Is it, “You’re going to buy this because its only my damned signature that matters anyway.” The “art” motivation against a “kitsch” motivation… will always be in opposition.

RDW: I have to say Goya’s “A Pilgrimage to San Isidro”. It’s terrifying! See that guy with the guitar in the front? He looks insane… but, he’s just singing!