Stefán Boulter (b. 1970) is a dual citizen who’s parents worked with cultural and educational exchanges between Iceland and the USA.
After studying graphic design in the USA and figurative painting at the Art Institute of Florence – Stefan stayed with Odd Nerdrum in the early 2000s.
Boulter currently resides in the northern parts of Iceland teaching courses at The Akureyri School of Visual Arts.

I guess I have to ask since you admit to kitsch-making: which past or present painters are you robbing daily?

SB: Most often I end up with Velazquez – his handling of the paint is an endless source of inspiration. Lately I have looked at early works by Hopper and Bellows – there is a great power in more than a few American painters. But generally I end up looking at the same painters again and again.
Degas – Schjerfbeck – El Greco.
I could mention numerous contemporaries as well –  allthough many of today’s painters are missing a narrative in their production – one can tell that they are searching for meaning and that their work have a potential. 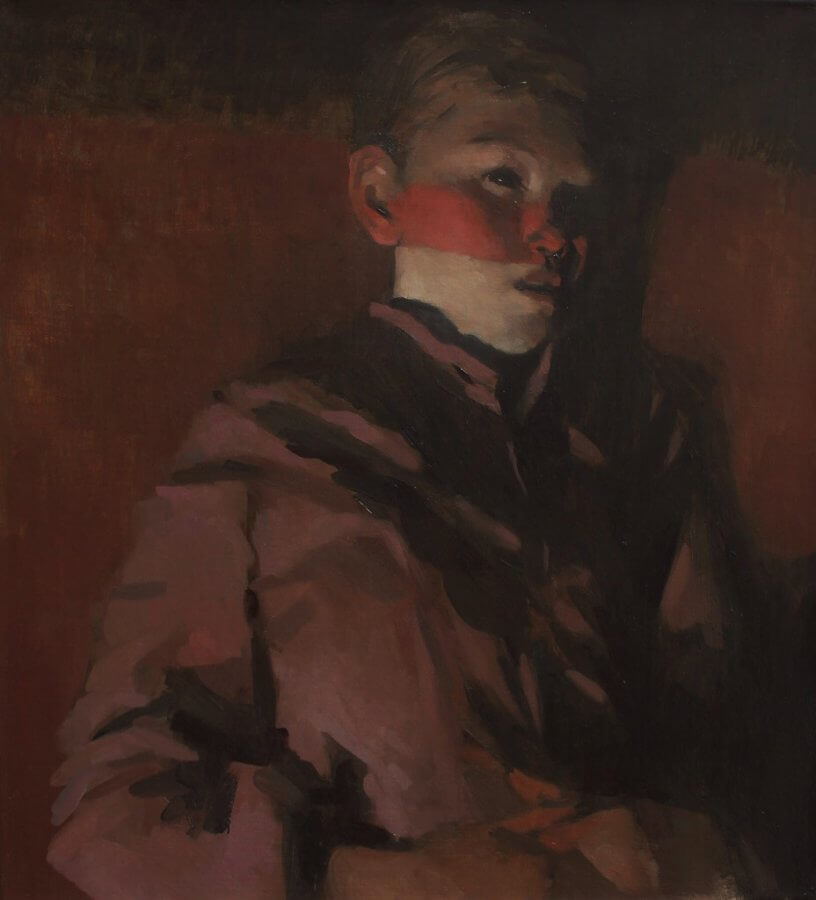 To people out there who fear to be labelled as “kitsch” if they make a sentimental painting – how would you reply?

SB: Kitsch is a dirty word in the value system of Art. I see it as being similar to gay rights – you are who you are.
It takes courage to come out of the closet whilst living with an almost phobic art scene. I call it phobic because there is limits to what you are allowed to create.
Kitsch is just a word but it is a liberating word that says I am the worst of the worst according to art – and yet I am proud of it.
How can you go any lower than that? 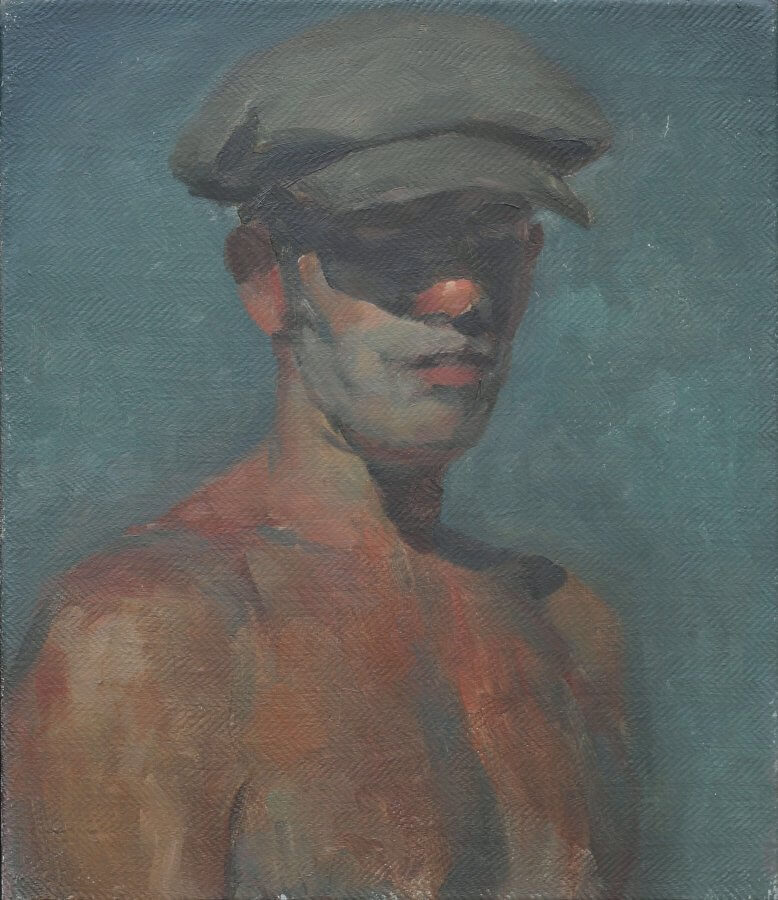 I find the abnormal outrage over kitsch right through comic. Not all works that are sentimental are great but the longing for pathos among painters is there and it is something which is needed.
Quite a few people fear this need like the grim reaper.
Are we doomed to paint conventional and ironic paintings from this time until the end of time?
The only obvious alternative is sincere and sentimental narrative painting – which we can call “kitsch.”
Sentimental painting like that of Bouguereau bores me to death and I am really talking about the sentiments in the deeply personal spirit of Schjerfbeck – Kollwitz – Wyeth and Odd Nerdrum.
These painters render real flesh and bone painting that will always be genuine. 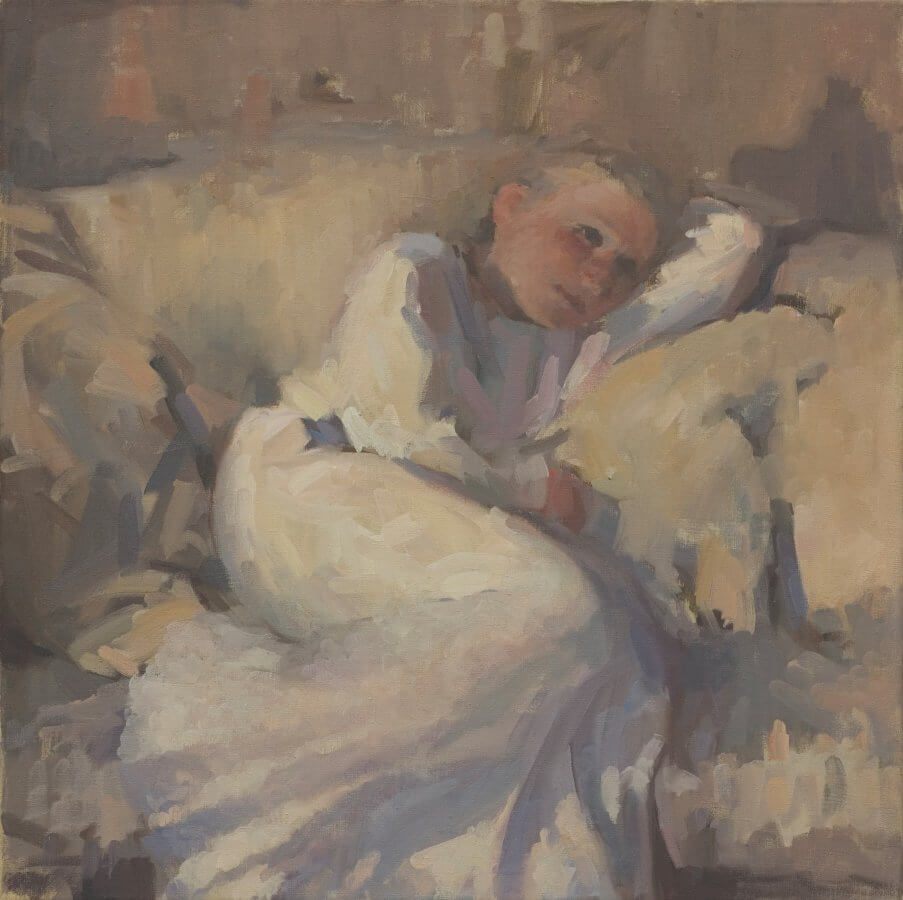 What did you learn from your time at the Art Institute of Florence?

SB: Not much in the sense of a 19th century academy. The institute had a strong foothold in the past but a different approach to it. Their approach to color – for example – was similar to Nerdrum’s way of painting.
The institute in Florence was the right choice for me and I am grateful for what my teacher duo Rose Shakinovsky and Claire Gavronsky had to offer. They introduced me to the work of Odd Nerdrum – which pointed me down a different road.

You have said that your work became more spacious after studying with Nerdrum. Could you clarify “spacious?”

SB: There is a lot of air in his work – especially in his summer paintings. The way he blends the figures and the beackground – the figures never seem as if they have been pushed out on the edges – which is a problem with many painters.
I think some of my still lives are “airy,” but I am still trying to educate myself in this area. 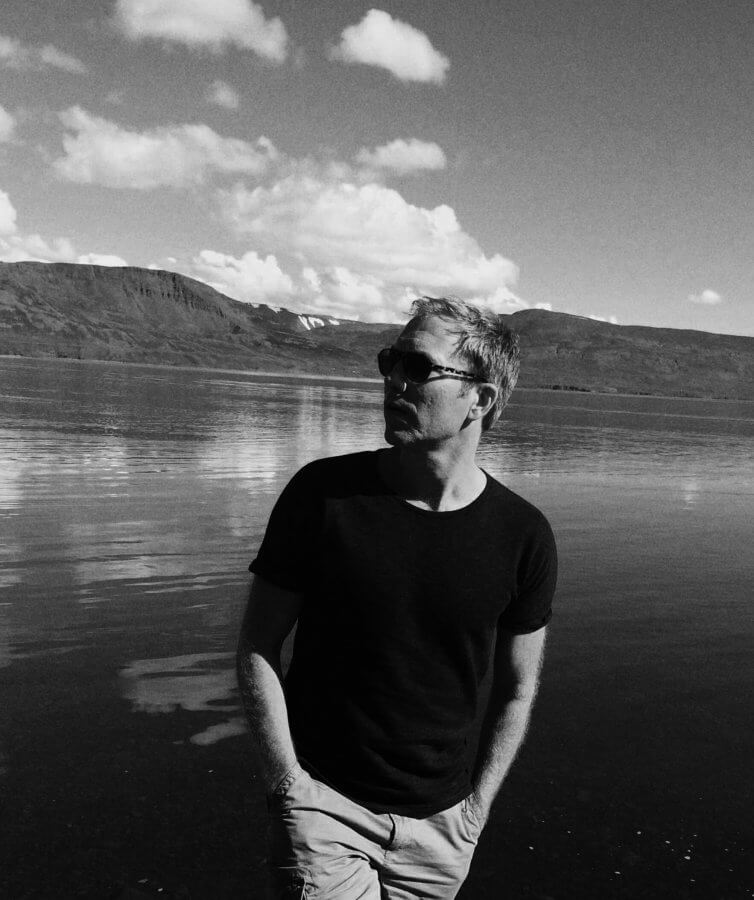 Stefan Boulter from Eyjafjörður fjord in the north of Iceland.

In the strictest sense your work is neither realistic nor abstract. Do you represent a middle way?

SB: That’s a tough question to answer.
Someone said that there are no contradictions in nature and when you compromise nature – you loose. I agree with neither – there are varying degrees and there are fussy gray areas. If you want to avoid stiffness in your work you will need an amount of abstraction.
Take early modernistic painting as an example.
Some impressionists and expressionists are becoming more and more kitsch as time passes – strange right? If Renoir lived and worked today his work would be considered pure kitsch.
But I think I  understand the aim of some abstract painters.
There are thousands of portrait paintings in existence – what makes one portrait stand out from the others?
It has to do with the handling of the material.

Has the re-appropriation of kitsch helped you overcome established art-barriers?

SB: Calling your work kitsch is like telling the Holy See that you are committed to devilry.
I am a poetic realist painter – it is kind of the same thing. More and more – people find this to be an acceptable approach to painting and I observe that the term is used in a positive manner now much more than before.
I am not certain that I have overcome barriers – allthough they are there for sure.
For “kitsch” to work it has to be solely about quality – else it will only affirm the criticism that was made against it in the first place.
I am sure that the re-appropriation of kitsch has opened many doors – and closed others.

SB: The Parasol and Fight with Cudgels by Goya 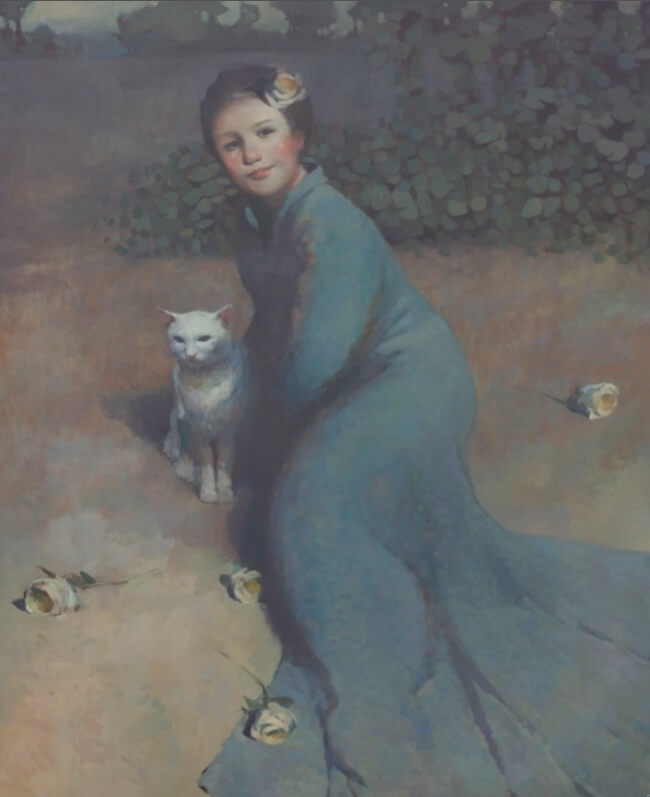 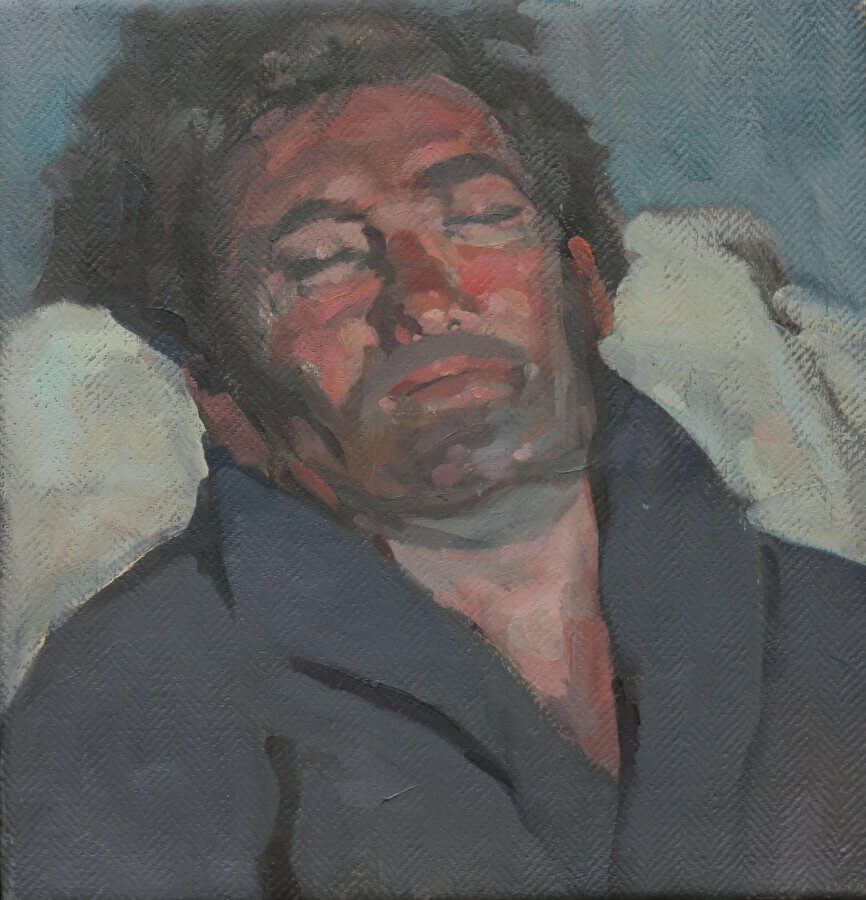