News and Articles   ›   Paintings and drawings

In 2016, the Amsterdam gallerist and historian Jan Six was scrolling through the catalogue for London’s Christie’s auction house as usual when he took special notice of an undated and unsigned portrait labelled “Circle of Rembrandt.” Although the face is rendered in a very rembrandtesque manner, it was the style of collar on the man depicted in the painting that primarily caught his attention.

“…my eye got stuck on this picture, because of how it looks, but also because they called it “circle of Rembrandt van Rijn. If you know a little bit about the 17th century, you can sort of see that this type of fashion correlates to the early ’30s.”1
Jan Six points out that the young and aspiring Rembrandt — who had just left Leiden to go to Amsterdam — did not have a circle at this particular time in his life.

“I thought, ‘Hang on. He’s just new in Amsterdam. He doesn’t have a circle. He doesn’t have any followers. He just entered the city.’ So there’s something weird here, and I’ve got the sense that Christie’s didn’t really catalogue it properly.”2 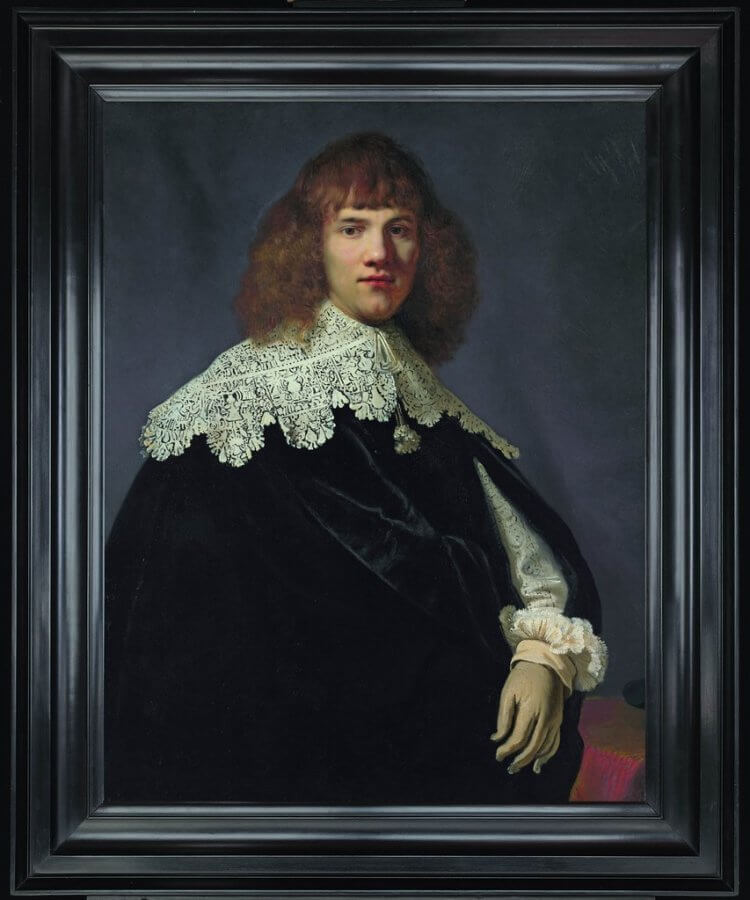 “Portrait of a Young Gentleman” by Rembrandt. Supposedly from when he was around 28 years of age.

The portrayed young gentleman really looks back at you; something very few artists are capable of painting. – Jan Six, gallerist and historian3

After having looked closely at the portrait in the auction catalogue, Six decided to hunt down the portrait and scrolled through the books in his library to see if he could find a reproduction of the painting. But the mysterious portrait was nowhere to be found.
He then printed out an image of the portrait and involved the historian and author of several books about Rembrandt, Ernst van de Wetering, who in the end concluded that it had to be a portrait made by Rembrandt.
In december 2016 Six purchased the painting at Christie’s auction house in London for £137,000 ($172,000).
The painting has since been cleaned, x-rayed and researched by multiple experts.
In May this year, Six finally announced that he believes that he has indeed discovered a previously unknown portrait by Rembrandt.