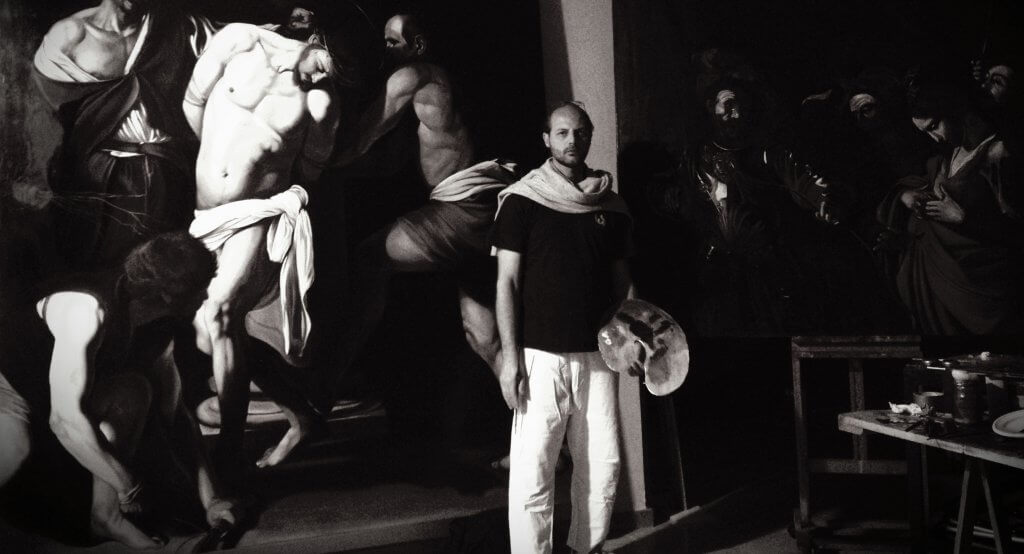 The festival: “Tristan.” We all showed up in a big procession. First scene: magnificent! Second: slightly embarassing and kitschy. The final scene: not good either.

Massimo Tizzano is a classical figurative painter from Italy whose focus is primarily with master copies and narrative painting, incorporated with all the stages from the Renaissance workshops.
Tizzano began working with oil painting in 2009, and in 2012, he studied under Odd Nerdrum in Norway, where he perfected his understanding of the philosophy of kitsch.
Currently, Tizzano resides in southern Italy where he paints, teaches classes and accepts students who work side by side with him in the studio. 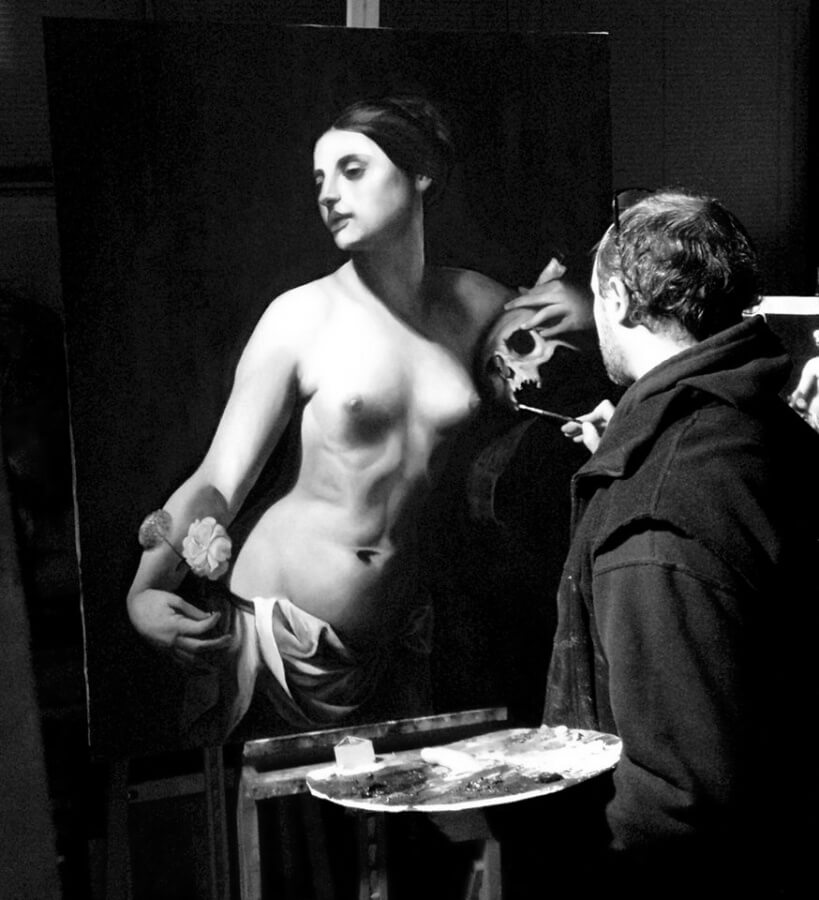 Massimo Tizzano working on his painting “The Allegory of the Human Life.”

Since the theories of the “idea” and “originality” were developed by Kant in the 18th century, we have dealt with the concept of “art.”

Why do you consider your work as kitsch, more than art?

I sweat and work hard in front of my easels, which is one thing that artists tend to find disreputable. I prepare my own canvases, grind the pigments, research and use old formulas for mediums and varnishes: you know these are things that an artist should never do. Consequently I cannot be called an “artist” and my work cannot be defined as “art.”
The discovery of the work of Odd Nerdrum in 2010 and his clarification of Kitsch as a term assimilated with pathos, skillfulness and beauty, gave myself and my work a home.
I had become interested in oil painting as an autodidact one year ahead, but I was isolated without a teacher, so it made sense to me that I began my learning by copying the old masters.
The need for the ancient ideal of beauty was always ingrained in me, and I saw this ideal as the only principle able to emulate the wonder of nature.

When I am simply referring to or shamelessly copying the works of others, I am not original, nor do I express particular ideas, but I share feelings and emotions.

And in addition to copying, I try to represent human beings in their tragic element – in love, greatness and fragility.

When you decide to copy the work of someone else, you are fundamentally moved by it, and in my case, sometimes with a kind of devotion. 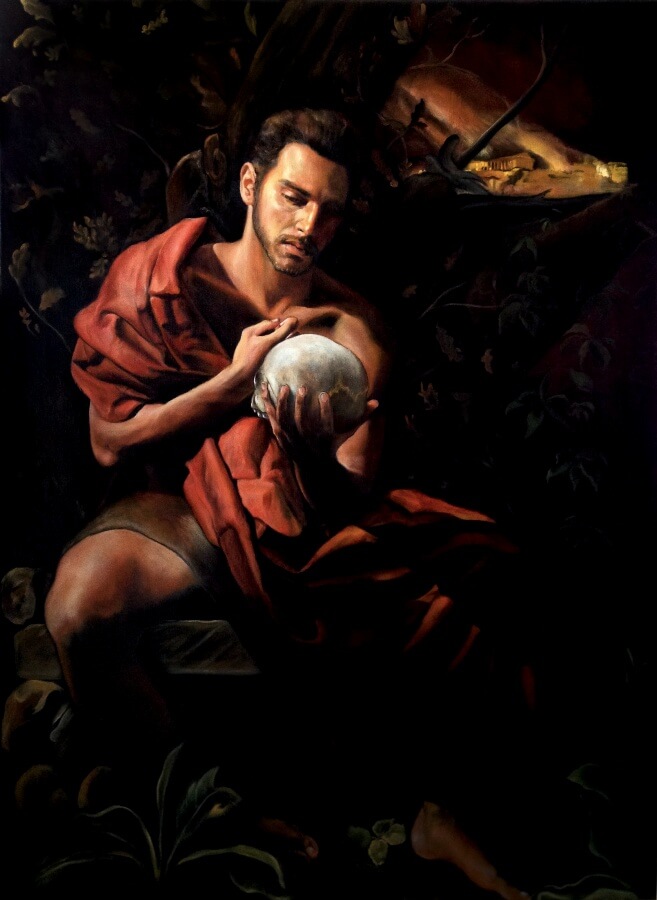 Is copying a taboo in painting?

Among the few people that are devoted to the study of the old masters, there are some painters who distort the copy in order to accentuate their ego. Perhaps it is a consequence of the idea that an artist needs to express himself. But maybe it is simply because he does not have the passion to go into the study of copying.

In the East, however, the copying of the old masters is still regarded as the traditional way to learn. When you decide to copy the work of someone else, you are fundamentally moved by it, and in my case, sometimes with a kind of devotion. I learned to have respect for the deed by a slow, constant and unremitting study of the old master writing through Japanese Calligraphy. Eastern scholars used to engrave old examples of good calligraphy in stone in order to preserve their spirit by the unavoidable deterioration of the rice paper.

Many writing masters in Japan are considered “living national treasures” and are supported by the state in appreciation of their skills. This keeps the tradition alive.
If the same conservation of old master ideals were practiced in Europe, we would understand how to build cathedrals and paint like Masaccio. 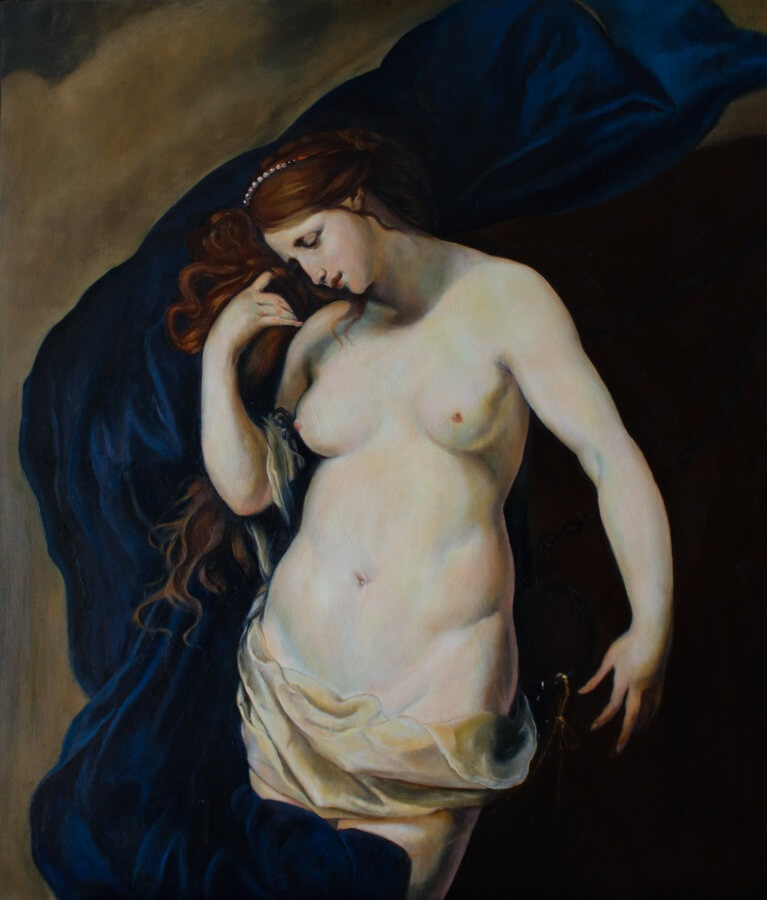 Modernism has surrounded us with so much ugliness that people have begun to reconsider the value of the aesthetics in their lives.

Why do you think the Western world rejected the old master ideal?

Since the theories of the “idea” and “originality” were developed by Kant in the 18th century, we have dealt with the concept of “art.”
Good examples of similar ideas can be seen in the fashion – and technology departments. They always consist of things that are new, constantly changing and without any substantial background or rules, and they are rather alien to the immutable laws which govern the universe and our lives. 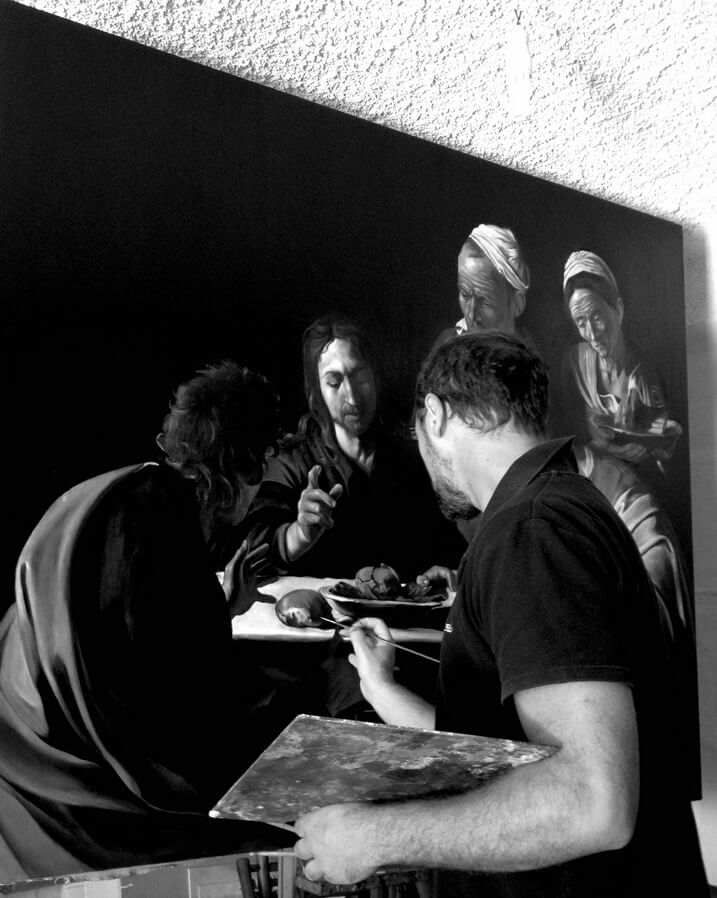 Massimo Tizzano working on his painting “The Supper in Emmaus.”

In the end we should consider, as a dear friend told me, that Kant might actually have been wrong: the starry heavens are within us and the moral law is imposed on us from above and from the outside.

Is there a way back to the appreciation of the ancient ideal?

Sure! Modernism has surrounded us with so much ugliness that people have begun to reconsider the value of the aesthetics in their lives. This goes for both the poets and their audience. Personally I receive many requests by painters from all over the world who want to come to my studio to learn the techniques of the old masters.

Too many! But If I had to choose one it would be “L’Orfeo” by Claudio Monteverdi. “L’Orfeo” was the first musical drama that was ever composed and it translated to music all the human sentiments. In painting, my favorites are “The Martyrdom of St. Matthew” and “The Flagellation of Christ” by Caravaggio, as well as the last “Pietà” by Titian, “The return of the prodigal son” by Rembrandt, and “The Virgin and Child with St. Anne” by Leonardo. 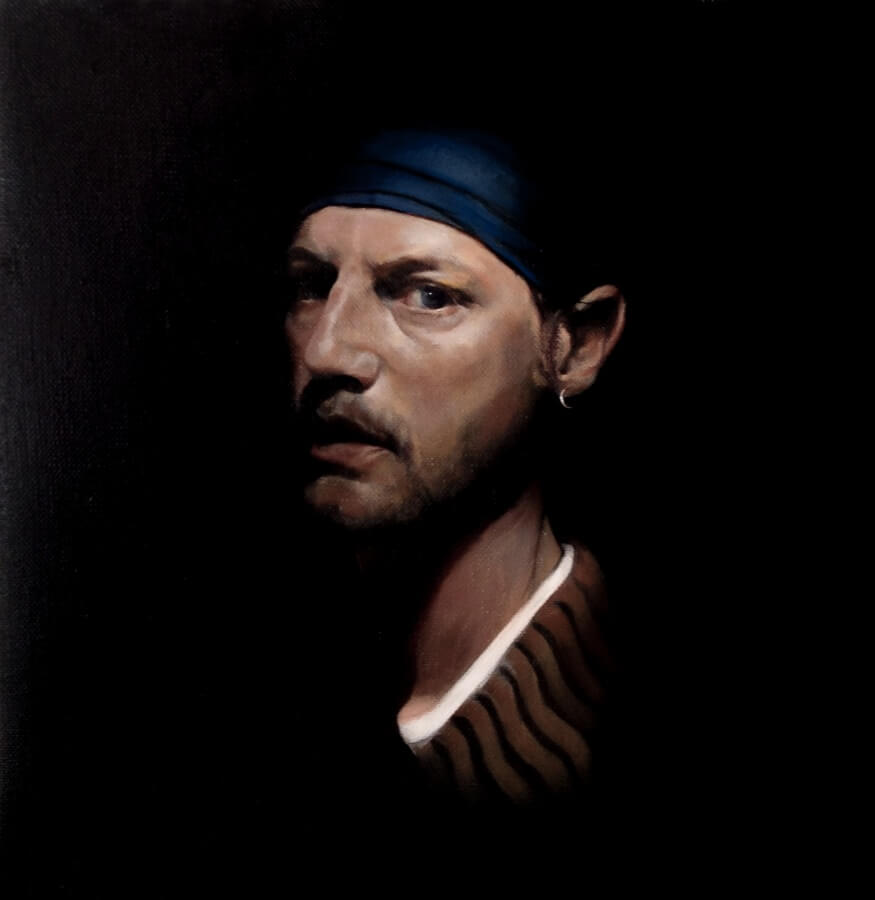 Massimo Tizzano: “Self Portrait as a Thief”